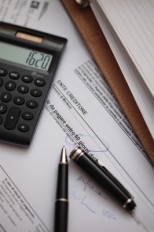 Impact of a Possible Rate Rise on the Top Ten Countries That Own U.S. Debt

Everyone knows the Federal Reserve of the United States is going to raise rates. But when, by how much, and who will be most affected remain questions to be answered. These are the questions that have been nagging the stock market in the face of the Fed decision. Here at Dividend.com we have taken the liberty of breaking down the top ten holders of U.S. debt as well as a few companies that will be most impacted by the rate rise.

Goldman Sachs thinks the fed will wait to raise rates because August economic reports are some of the most fickle of the year and are the most likely to be revised. In addition, a major unspoken concern is the speed at which the Fed will raise rates. According to a recent survey, the Fed is likely to raise rates faster than investors are prepared for. The speed of rate increases could worry the market, and companies with convertible or variable debt structures will be the hardest hit.

As the Fed raises rates, the U.S. dollar will become stronger. Over the past 12 months we have seen a historic run in the USD against almost all other currencies in the world. Countries that own U.S. debt effectively own a hedge against U.S. currency value appreciation. The more U.S. debt a country owns, the less their currency will be impacted by raises in the Fed rates.

However, the relationship between currency strength and U.S. debt holdings can be deceptive. Countries such as Brazil and Japan have been forced to buy U.S. debt in order to prevent a further slide in the value of their currency. These countries are export-driven economies, and concerns in the global economy have raised concerns about their economic engines.

According to the U.S. Treasury

For a company’s stock price, both of these debt structures are negative in a rising-rate environment. Convertible debt has the potential to surprise a market and drop large positions into the market, causing an unexpected and large drop in share price. In a bear market, large unexpected selling can cause a flight of investors which leads to further falls in share price. Variable debt impacts the fundamental growth engine of a company. As rates rise, the company’s cost of debt will rise as well, causing more and more capital to be taken away from growth initiatives and moved towards repaying debt.

Largest Companies with the Highest Concentrations of Variable and Convertible Debt

It will be interesting to see what the Fed does with interest rates. Irrespective of whatever they do, the impact of probable interest rate changes in the future is going to be magnified as U.S. debt increases every year.

Image courtesy of Pixomar at FreeDigitalPhotos.net