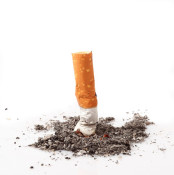 Whether you’ve taken a finance class in college or not, most are familiar with this rudimentary lesson: there is a big difference between a good company versus what makes a company a good investment. In other words, a company’s contribution to our society’s well-being at the end of the day has little sway over whether or not that business makes for a lucrative investment opportunity

As an investor, at the end of the day, you’re likely more concerned about your portfolio’s performance than whether or not you’re supporting a socially responsible company. The fact of the matter is that many of the best investments out there might have a hard time passing the “is this good for society?” test; that is to say, some of the most successful publicly-traded companies operate in industries and provide goods and services that might be considered “sinful” or otherwise “unhealthy.”

We’re digging deeper into the age-old debate between good companies versus good investments as we profile 10 stocks that have delivered impressive returns, but also happen to fall under the “bad for your health” category.

British American Tobacco (BTI ) is a leader in cigarette sales worldwide with operations in 180 countries and a history that dates back more than a century to when it was founded in 1902. As a “Big Tobacco” firm, BTI is no stranger to dealing with criticism and backlash surrounding its products, which include brands like: Dunhill, Kent, Lucky Strike and Pall Mall. While it may be difficult, if not altogether impossible, to defend the company’s product lineup from a health perspective, its viability as a good investment is undeniable. BTI has gone onto return more than 8,000% since 1980, whereas the S&P 500′s return is below 2,000% in that same time frame.

Be sure to read Why Tobacco Stocks Can Make Good Dividend Investments.

Everybody loves to snack on fries and eat a Big Mac once in a while despite the calorie count, which is why it shouldn’t come as a surprise to see this fast food giant make the “bad for your health” list. McDonald’s (MCD ) boasts more than 35,000 locations worldwide and even though the company has aggressively expanded its menu over the past few years to include healthier offerings like salads, fish, and smoothies, it still bears a “junk food” reputation. There’s nothing unhealthy about the stock’s performance, however; MCD has returned more than 27,000% since 1970 and the company has raised dividends for 38 years in a row.

How about a drink with that burger? Coca-Cola (KO ) is one of the most iconic brands in the world, but it’s hard to defend its products’ merit from a health conscience perspective. You might be surprised to learn that in addition to its most popular drink, Coca-Cola, the company owns more than 500 nonalcoholic beverage brands, including everything from waters to juices to sports drinks. KO has outperformed the S&P 500 over the long haul by a healthy margin, raking in gains of just over 34,000% since 1962 compared to the broad market’s return of less than 3,000% in that same time frame.

Lockheed Martin (LMT ) is a global security and aerospace defense company that is engaged in the research, design, and development of systems and products used by armed forces around the world; in fact, in 2013 roughly 82% of its sales came from U.S. government contracts, with the majority of those coming from the Department of Defense. Because the company makes everything from high-tech weapons systems to F-22 Raptor fighter jets, we deemed it to fall under the “bad for your health” umbrella given the criticism that is often associated with businesses who thrive on military conflicts.

Best known for its Pepsi soda, this company also boasts a portfolio of some of the most popular snack foods and beverages found in countless pantries and kitchen cabinets around the globe. The PepsiCo (PEP ) brand lineup includes names like: Doritos, Cheetos, Lay’s, Mountain Dew, Gatorade, and even select bottled Starbucks (SBUX ) products. PEP has raked in gains of over 6,000% since 1972 and the company has consistently raised its dividend for the past 42 years since 1973.

The Geo Group (GEO ) isn’t nearly as popular as the rest of the company’s on this list, but it rightfully belongs under the “bad for your health” umbrella; this firm is engaged in the ownership, leasing, and management of correctional and detention facilities across the United States, Australia, South Africa, the U.K., as well as neighboring Canada. This specialized REIT operates everything from immigration detention centers to maximum security prisons; the stock has returned over 2,000% since 1994, beating the S&P 500 Index, which hasn’t managed to crack the 500% mark in that same time frame.

This London-based beverage bellwether is the force behind some of the world’s most recognizable alcoholic drink brands; Diageo (DEO ) sells products in more than 180 countries, including everything from beer to wine to hard liquor. The company’s brand lineup includes names like: Crown Royal, Captain Morgan, Johnnie Walker, and Smirnoff. This booze-maker has delivered impressive returns over its relatively short trading history; notice how the stock rallied between 2000 and 2003 while the broad market endured steep declines, showcasing the inelastic demand for products that aren’t the healthiest choices for consumers.

Gambling is probably worse for your mental health than it is a detriment to your physical well-being, although the two certainly go hand in hand. Wynn Resorts (WYNN ) owns and operates the iconic casino and hotel in Las Vegas, Nevada; WYNN also stands behind Wynn Macau, which operates a casino and luxury resort in Macau, China. Despite the rampant volatility, this stock has still managed to handsomely outperform the S&P 500 Index since 2002, raking in an over 1,000% gain.

This company isn’t as recognizable as PepsiCo, but its lineup of snack foods can be deemed “just as unhealthy”. J&J (JJSF ) owns well-known brands like ICEE, SuperPretzel, California Churros, and Readi-Bake. Even in light of the firm’s relatively short trading history compared to some other names on this list, J&J Snack Foods still boasts a noteworthy performance lead over the S&P 500 Index; the stock has returned just over 2,000% since 1990 and it has raised its dividend consistently for the past 10 years.

It’s hard to compile a list of companies that may be “bad for your health” without including a “Big Oil” name given the controversy surrounding fracking and its impact on our water supply. Exxon Mobil (XOM ) is a global energy juggernaut that is no stranger to controversy especially when it comes to dealing with backlash from environmental protection groups. The company has delivered a stellar return of over 5,500% since 1970 and it has raised its dividend consistently for the past 32 years.

Be sure to also read Stock Market Sectors: A Dividend.com Primer.

As an investor, you’re bound to encounter instances where your ethics and morals collide with your goals to generate meaningful returns in your portfolio. While it’s no easy chore, it’s important to separate how you feel about a company and whether or not it’s actually a good investment; you might have to put your conscience aside when making some of these decisions, seeing as how some of the most prosperous investments aren’t necessarily the “healthiest” ones.

Read ahead to find out the implications of dividend suspensions of Boeing and...