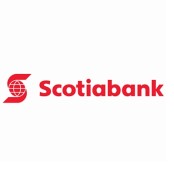 Which Canadian Bank Is Most Exposed to Oil?

Canada’s banking sector is a little different than in the United States.

In the U.S., there are thousands of small regional banks, many with just a handful of branches. Collectively, these banks control about 40% of the market. The four largest institutions—JP Morgan Chase (JPM ), Citigroup (C ), Bank of America (BAC ) and Wells Fargo (WFC )—also control 40% of the market while other large institutions make up the remaining 20%.

These five banks have many advantages over their competitors. Each has been around for at least 150 years, they are protected from foreign competition by complex Canadian laws, and, perhaps most importantly, the federal government guarantees the principal of the riskiest mortgages through a mortgage default insurance policy, which is paid for by the borrower.

Even though Canada’s banks have a dominant position in the market and other advantages that many U.S. banks can only dream about, going short Canada’s “Big 5” has been a popular trade for hedge funds and other big investors over the last year.

It works something like this: Canadian consumers are among the most indebted in the world. When U.S. borrowers paid down debt en masse in 2009, Canadian borrowers kept consuming. Many pundits have argued that Canada is sitting on a housing bubble every bit as bad as the one that popped in the United States in 2008. If rates in the U.S. continue to creep up, Canadian rates will likely follow—something that high-risk consumers can’t afford.

Perhaps the biggest threat faced by Canadian banks today is their exposure to commodities. The oil and gas sector has been destroyed by the price of crude falling from a high of $110 per barrel in 2014 to the approximate price of $30. Investors in Canada’s banks are worried that exposure to risky loans made to energy companies during better times will lead to big loan losses today.

Energy companies are huge employers in provinces like Alberta, Saskatchewan, and Newfoundland. Canada is in the unique position of actually producing more oil than it needs. While most of this excess crude has traditionally gone to the United States, U.S. oil production is so high these days that much of this crude is going into storage instead.

It isn’t just oil hitting Canada’s economy hard. Mining is another big employer across the country. The price of everything from aluminum to zinc is down compared to highs from a few years ago. Much of this weakness is coming from China, the main customer for most of those raw materials over the last five years. Now that China’s economy is noticeably slowing, Canada’s natural resource sector is feeling some pretty severe pain.

How Can Investors Navigate These Tricky Waters?

The easy solution is to avoid Canada’s banking sector entirely. But, with shares of many of the banks down as much as 30% from highs set in 2014, there’s an argument to be made that much of the doubt surrounding low oil prices is already priced into Canada’s banks.

CIBC is widely considered the most Canadian of the Big 5. It has virtually all of its assets in Canada with the exception of a small wealth management division in the United States. It is quite exposed to the Canadian housing market as well as to the energy sector. It has approximately $17 billion in credit outstanding to the energy sector out of a total loan book of $268 billion.

Bank of Montreal does have exposure to the U.S., with some 25% of its profits coming from its 600+ location BMO Harris Bank subsidiary. The company also has hundreds of employees working on wealth management for clients in the United States, Europe, and Asia. It has some $15 billion in loans outstanding to the energy sector, out of $316 billion total.

Royal Bank of Canada is another bank with significant exposure to Alberta and Saskatchewan, two provinces hit hard by oil’s decline. It has 38% of earnings from sources outside of Canada—primarily from the United States and its operations in the Caribbean—but it’s still Canada’s largest domestic bank. It has $21 billion lent out to energy companies, out of a total of $506 billion.

There’s a reason why Toronto-Dominion Bank has been the best performing Canadian bank over the last year. It makes about 30% of its profits from its U.S. banking division—results that are looking quite good when converted back to Canadian dollars. It’s also well known for being a consumer-focused bank, which means it didn’t make as many loans to oil companies as its competitors. It only has $13 billion outstanding in loans to the sector, out of a total loan book of $521 billion.

For the most part, Canada’s banks are sound. Unless things get really bad, investors shouldn’t even have to worry about dividends getting cut, never mind risking insolvency.

The banks with the most Canadian exposure are likely to get hit the hardest. This includes CIBC, as well as smaller Canadian regional banks like National Bank of Canada and Canadian Western Bank (CWB ).

Toronto-Dominion Bank is probably the best choice for dividend investors today. Although it doesn’t have quite the yield enjoyed by its peers, the bank has mostly avoided the whole oil sector. If oil stays low for a very long time, Toronto-Dominion is best equipped to handle it—the earnings from its U.S. subsidiary are just icing on the cake.