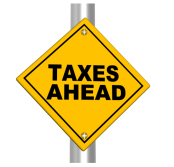 Behavioral finance has a term for it: regret theory.

The theory holds that since investors anticipate regret if they make a wrong investment choice, they take their anticipation into consideration when making decisions. Sometimes that makes them act too hastily, and sometimes it immobilizes them, but whatever they do they worry about making a mistake.

If you’re like me, maybe you’ve felt a variant of regret theory in that you believe any investment decision you make is probably wrong. Whether it’s buying or selling, or reallocating, I typically feel that my timing is off and that I should have done what I was doing earlier, later or not at all.