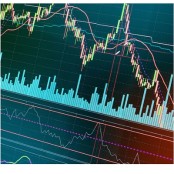 Trends for the Week: When China Sneezes, the World Catches Pneumonia

The analysts here at Dividend.com analyzed the search patterns of visitors to our site during the past week ending January 8, 2016. Below, we give an analysis of how intelligently users used Dividend.com to help them in their investment decision-making process.

Scotiabank (BNS ), one of our best dividend stocks, was trending this week, partly due to the fact that the stock fell following China’s sneeze. Last month’s interest rate hike was completely overshadowed by China hitting circuit breakers at will. Circuit breakers are a mechanism that halt trading activity and aggravate market crashes.

Additionally, Scotiabank’s CEO indicated in 2015 that he would go for acquisitions as long as his tier 1 equity capital did not fall below 10%.

The company’s most recent acquisition is JP Morgan Chase’s credit card portfolio, which includes approximately 2 million active customers and $1.7 billion in outstanding receivables. Scotiabank will now be the first bank to offer all three leading credit cards: Visa, MasterCard and Amex, according to a press release by the company. Back in July, Scotiabank also acquired Citigroup Inc.’s retail and commercial banking operations. The deal lifted their credit card market share in both Panama and Costa Rica.

Bank of Nova Scotia is a clear winner and screens very well for value and income. Further, it’s a rare combination to have a stock that has consistently paid dividends, and whose dividend reliability (the hypothetical ability of a company to continue paying dividends) is also strong, trading at just 9.6 times earnings.

GlaxoSmith Kline ADR (GSK ) came second on our most queried ticker for the week. This was mainly because of the stock’s defensive characteristics. Glaxo acts as a perfect hedge for a falling stock market when investors may want to park their money and exit when required. The stock has not moved an inch in the past year and has only been down 5%.

Glaxo is one of the least volatile stocks we have known. In the past 15 years, it has remained between $40 and $60 while consistently paying dividends. It’s yielding 6% and is on the cusp of being added to our best dividend stocks as it has a DARS rating of 3.4.

AT&T (T ), one of our best dividend stocks, recently increased its dividend by 1 cent, taking its quarterly payout from 47 cents to 48 cents. This is the company’s 32nd consecutive dividend increase. Also, AT&T generated a lot of synergy with its acquisition of DirecTV, and as such, expects 30% free cash flow growth in 2016.

Read our complete analysis of T’s dividend increase, the expected synergies resulting from the acquisition of DirecTV, and why this stock is not one for an investor who is young and wants better dividend growth here.

Shanghai’s big sneeze lit up Dividend.com’s search queries on Cisco (CSCO ), and rightly so. The Asia Pacific region contributes roughly 16% to their topline. However, China as a country contributes only 4%. China’s economy has hit a rough patch and several countries are showing a reluctance to do business with U.S. firms. Not to mention that Edward Snowden famously revealed that the NSA planted bugs in routers that Cisco exported to other countries. With the capitalism vs. communism debate already creating frictions between China and the U.S., the Chinese are not too keen on business with U.S. tech firms.

Setting up communication and network hardware is typically capital intensive. Capital intensive businesses like Cisco generally perform well during the middle phase of the bull cycle when interest rates are not too high and not too low and when future earnings estimates of companies are good.

Pepsi (PEP ) is feeling the pain of a rising dollar. Almost half of Pepsi’s revenue comes from overseas, and there is an ominous relationship between the U.S. dollar and oil, which is further aggravating the problem of a rising dollar for Pepsi.

In addition, consumers are taking a harsher view on soda for its high calorie and sugar content. But Pepsi is not as vulnerable as Coca Cola since its revenue is equally split between food and beverages.

Oil and the U.S. dollar have an inverse relationship, but the extent to which both may go in opposite directions can vary. You can find more about this relationship here. The relationship doesn’t benefit Pepsi since a fall in oil means potentially less revenue for the company.

Further, read one of our most popular articles of 2015, in which we compared Coca Cola with Pepsi on earnings, sales, consecutive dividend increases, social media, advertising and employees here.

We at Dividend.com know how technology is interwoven in our daily lives. Dividend.com has become a central source of information for all things dividends on Wall Street. By analyzing how you, our valued readers, search our property, we hope to uncover important trends that help forecast stock market performance. Every Friday, we’ll share these search patterns for the week that went by in order to assist you in making insightful decisions for your portfolio.