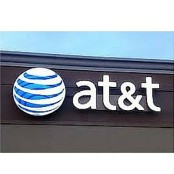 Income investors flock to telecommunications companies for their steady profits and high dividends. It is easy to see why. Telecoms like AT&T (T ) and Verizon Communications (VZ ) offer greater than 5% dividend yields. By comparison, the S&P 500 Index stocks on average yield just 2%. It is clear that the telecom sector is ripe with dividend opportunities. Moreover, high-quality telecom stocks raise their dividends each year like clockwork.

Recently, AT&T increased its dividend from $1.88 per share annualized to the new level of $1.92 per share. That represents a 2% increase from the prior dividend level—not a massive increase, but it is notable in light of the fact that AT&T yields 5.6%. The dividend raise represents AT&T’s 32nd consecutive year of increased dividends. This makes AT&T a member of the exclusive Dividend Aristocrats, a list of companies that have raised dividends for at least 25 years in a row.

AT&T is a Dividend Aristocrat with a long track record of dividend increases, and it currently yields 5.6%. It is also not a volatile stock, trading within a tight range over the past year. This makes AT&T a top dividend stock for income investors.

For telecoms, the most important financial metric is free cash flow. That is because cash dividends are paid from free cash flow, so it is important to analyze telecom stocks to make sure they generate enough free cash to sustain their current dividends and future dividend growth. AT&T has raised its dividend modestly each year for many years.

AT&T’s free cash flow growth has accelerated over the past year, due mostly to its major $49 billion acquisition of DirecTV. Buying DirecTV instantly allows AT&T to acquire millions of subscribers, vaulting the combined company to the largest pay TV provider in the world. It will provide service to more than 26 million customers in the United States and another 19 million in Latin America, thus creating new revenue. And, because they are similar businesses with complementary products and services, AT&T will be able to produce significant cost synergies to boost free cash flow.

The benefits of the merger are already being felt. Revenue grew 19% last quarter, which is an excellent revenue growth rate for a telecom company. More importantly, free cash flow is expected to grow by 50% this year versus 2014, to more than $15 billion. This operating strength is beginning to be reflected in AT&T’s dividend metrics as well. For example, over the first nine months of 2014, AT&T carried a very high dividend payout ratio of 82% of free cash flow. That left little financial wiggle room to increase its dividend, which is why the DirecTV acquisition is so critical to AT&T’s future. By comparison, over the first nine months of 2015, the company generated $13.3 billion of free cash flow, thanks to higher operating cash flow and $3.5 billion less in capital expenditures over that period. Its dividend payout ratio, as a percentage of free cash flow, was 54%.

Clearly, AT&T’s free cash flow generation has substantially improved, and that will have a positive effect on future dividend growth.

AT&T Is a Top Dividend Stock

AT&T stock is not suited for all investors. Younger investors with a longer investment time horizon may want to consider stocks with higher dividend growth. Since AT&T carries a significant amount of debt—a 97% long-term debt to shareholder equity ratio—it will likely only be able to increase dividends by 2%-3% annually. Investors more interested in dividend growth should consider Verizon in the telecom sector because it offers a slightly lower 5% dividend yield but has historically raised its dividend at higher rates, roughly 3%-5% per year.

However, AT&T’s dividend raises over the past several years still beat inflation, meaning its investors’ purchasing power is protected. And, its 5.6% yield is an ideal income level for investors who need income now, such as retirees or those with shorter time horizons. Interest rates remain extremely low, making AT&T a relatively attractive choice when compared to fixed income or bank savings vehicles like certificates of deposit.

AT&T is a cheap stock, trading at approximately 12 times forward earnings estimates. If the company continues to grow free cash flow, it should have little trouble with future dividend increases. Therefore, for investors looking for a high yield dividend stock, and are willing to accept low single-digit dividend growth, AT&T can be a core holding.

Click here to read about 10 Companies that are likely to be Dividend Aristocrats by 2050.