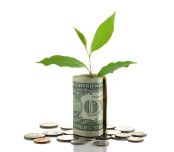 “(Share buybacks) are a colossal waste of company money”.

- Dividend.com says while dropping the mic and walking off the stage…

If you’ve been part of our community for any amount of time (heck, even if you’re new) you likely know we’d much prefer the stewards of our capital (i.e. company management) increase dividends rather than buyback shares.

Let’s dig into why and look at some recent data on the topic.

The Case For Dividends

We have a seminal piece about this topic located here, that is worth checking out in detail if you have the time, however, the Cliff’s notes version as to why we like dividends as opposed to buybacks boils down to this:

Why dividends? Here are a couple reasons.

Moreover, this keeps the buy / sell decision in the hands of the owners. In that decision making process, owners and recipients of corporate dividends can decide when to buy more shares, taking all things into consideration, including valuation. Historically, company management has been some of the worst culprits in “buying high”, or buying back shares of their own stock when the stock is at or nearing a top.

Why not let the owners make this decision?

Inversely, there are some compelling reasons to be critical of share buybacks, specifically:

Again, while it’s misguided to paint all management teams as charlatans—as there are many that are excellent stewards of their corporate vessels—the fact is, all too often this lever is pulled in an effort to the benefit of insiders as opposed to the owners of the company as a whole.

Moreover, as you can see in the table below, as per data from investment researcher Morningstar, there’s a significant gap in % of shares repurchased and the overall reduction in % shares outstanding. That’s because the buyback lever is often pulled to minimize the effect of newly issued stock to motivate insiders.

For example, Apple, who according to FactSet, “was the largest spender on buybacks in the S&P 500 during the fourth quarter. The company spent $6.1 billion on share repurchases during (Q4 2014)”, while buying back the equivalent of 9.81% of the market capitalization of the company since 2010, only reduced shares outstanding by 5.41%. The gap being attributed to newly issued stock to company insiders / executives.

When analyzing dividend payers, look out for the use of buybacks as opposed to a consistent track record of increasing dividend payouts, all else equal, we’ll take the latter every time.

Have a great weekend and talk to you on Monday.