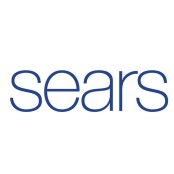 Founded in 1983, Sears (SHLD) has done a lot with its business, but it has never paid a dividend. Although the retailer itself never paid a distribution, it has spun off a few companies that are now big-name dividend stocks.

Sears has been one of the many “old time” retailers that has been struggling recently, but hard times are nothing new for the company. In the 1990s, Sears Roebuck spun off its brokerage unit Dean Witter to reduce debt. Just two years later, the company spun off its insurance unit Allstate (ALL ). Below is a full visual history of the mergers and spinoffs of Sears Roebuck.

Similar to J.C. Penney, Sears has struggled over the years, but it has spun off the second largest insurance company, the sixth largest bank and one of the most popular credit card companies in the U.S.

Although Sears does not pay a dividend, Morgan Stanley, Discover and Allstate have all paid a dividend since their inception. On the flipside, Land’s End, which was spun off in April 2014, reported that it will not pay a dividend in the foreseeable future.

The chart below compares the current state of Sears to its spinoffs – Morgan Stanley (MS ), Discover Financial Services (DFS ), Allstate (ALL ), Lands’ End (LE), and Sears Hometown and Outlet Stores (SHOS). Please note that this data is as of 1/22/2015.

In July, 1993 Sears completed its spin off of Dean Witter Discover. Sears had purchased Dean Witter in 1981 and had created Discover in 1985.

In 1997, Dean Witter and Morgan Stanley announced that they would merge the two companies. This was the largest securities merger at the time, valued at $10.2 billion.

In 2005, Sears and Kmart merged in an $11.5 billion deal. This deal made the two companies the third largest retailer in the U.S.

In 2007, Morgan Stanley spun off Discover Financial Services to better compete with its rival Visa (V ).

In 2011, Orchard Supply was spun off to allow the company to be more flexible. However, this company was not quite ready to be on its own. With competition from big-name retailers like Home Depot (HD ) and Lowe’s (LOW ), Orchard Supply has struggled.

To read more about Sears, be sure to check out the company’s Narrative History.

Since the days of Sear Roebuck & Co, the company has changed a lot and has created several major companies. As the company continues to change and reorganize itself, it is likely that more of its divisions will be spun off.