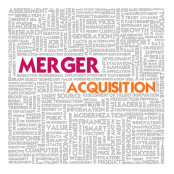 5 Big Mergers and Their Battle with Antitrust Laws

Antitrust laws, or competition laws, were created to protect consumers against unfair business activities. These laws make sure that there is a fair amount of competition in order to prevent price fixing and monopolies.

If a major corporation makes a deal to merge, it may be subject to examination from the government. In many cases, the deal must be altered in order to be approved. Below we look at five of the biggest mergers that came up against antitrust laws.

In June 1998, Exxon and Mobil announced a plan to merge the two oil companies in an $80.3 billion deal. The Federal Trade Commission concluded that this deal would violate federal antitrust laws. As a result, the combined company was required to divest 2,431 Exxon and Mobil gas stations across the United States. This was the largest retail divestiture in history. The combined company resulted in Exxon Mobil (XOM ) – the largest U.S. company until it was surpassed by Apple (AAPL ) in 2012.

Be sure to also check out Stock Market Sectors: A Dividend.com Primer.

In July 2014, Reynolds American (RAI ) announced that it had reached an agreement to merge with Lorillard (LO ) in a $27.4 billion deal. The combined company would result in the second largest tobacco company behind Altria (MO ). The two companies later received notices from the Federal Trade Commission requesting more information about the merger. The deal is still waiting for approval.

In February 2014, Comcast (CMCSA ) and Time Warner Cable (TWC ) announced a $45 merger deal. The deal was highly criticized by the public as many considered it to be harmful to many of the stakeholders. The deal is currently being examined by the Department of Justice and the FCC.

Be sure to check out Companies That Own the World’s Most Popular Brands.

In March 2011, AT&T (T ) and T Mobile announced that they had reached a deal to merge. The deal would involve AT&T obtaining an additional 33.7 million customers, making it the largest mobile phone company in the United States. In August, the Antitrust Division reported that it was actively trying to block the merger. In December of 2011, AT&T announced that it would no longer attempt to get the deal passed.

In January 2012, U.S. Airways Group announced that it would merge with American Airlines (AAL ) in an $11 billion deal. This deal came after American Airlines sought to find a merger as part of its Chapter 11 bankruptcy protection. The Department of Justice opposed the deal, as it would lead to higher airline fees. The deal was later approved when the two airlines agreed to give discount airlines additional access to several major U.S. airports.

Be sure to also read Dividend.com’s Cheatsheet to Analyzing Transportation Stocks.

When deals are announced, it is common for the stock prices of the companies involved to have a major reaction. As investors it is important to understand that the major mergers and acquisitions can carry risks as they can be closely examined, and sometimes fail.