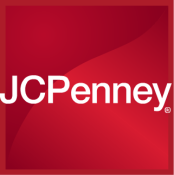 J.C. Penney Company, Inc. (JCP) has gained a lot of attention in the last couple of years as its share price has crumbled. Although some analysts and investors are optimistic that the company’s turnaround efforts will be successful, it is still questionable whether this struggling retailer will survive. Below is an investor’s guide to the history of JC Penney.

In 2011, JCP’s CEO Mike Ullman was replaced by former Apple (AAPL ) executive Ron Johnson after activist investor Bill Ackman pushed for the change. Johnson was the company’s CEO for just 17 months, but caused years of damage for the struggling retailer.

After being successful with Apple, Johnson thought that rebranding JCP’s image would save the company. This change to the department store meant that there would no longer be sales or coupons, which was a drastic change for the retailer’s customers. With no coupons or sales, JCP’s sales collapsed. Johnson said that he thought customers were “tired of coupons.”

During that time, Johnson also fired all of JCP’s top executives, thousands of middle managers, and eliminated commissions for sales associates.

It soon became clear that Johnson’s rebranding plan to make JCP a “hip” store was not working. Below we list some of the worst trading days for JCP from 2012-2014.

Like many companies, JCP suffered its worst trading day on October 19, 1987, which would be later be known as “Black Monday.” JCP’s share price fell 19.17% in just one day. This was the company’s worst day until May 16, 2012, when the struggling retailer fell to a whole new low; the stock price plummeted 19.72% after it reported that its same store sales dropped 18.9% from the year prior. The company also announced that it had suspended its quarterly dividend.

Just over one month after JCP’s horrific worst day ever, the stock suffered another major blow when it was reported that JCP’s president, Michael Francis, had left the company. JCP’s share price fell 8.55% on the news.

The company’s new strategies, led by CEO Ron Johnson, had been discouraging consumers from shopping at the retailer. JCP reported that although it expected business to improve long term, it expected to struggle in the second half of 2012.

Although the company’s executives were confident that the new pricing strategy was going to be successful, investors were not buying it. Investors were initially pleased at the announcement of the strategy, but by November 12, 2012 the stock price had fallen nearly 50% for the year.

JCP posted its worst quarterly earnings ever. In fact, this quarter was the worst quarter in all retail history. Same store sales declined over 31% during the quarter, which included its crucial holiday season.

Following the news that Vornado Realty Trust (VNO) planned to sell more than half of its 8.5% stake in JCP, shares fell over 10%. At the time, VNO’s interim CEO sat on JCP’s board and was an insider on the company’s strategy.

On April 9, 2013 Ron Johnson is replaced as CEO by former JCP CEO Mike Ullman; shares plunged on the news.

CIT Group reported that it would stop funding for a portion of JCP’s shipments. The firm said it was nervous about JCP’s financial situation.

Shares of JCP tumbled on news that its board had approved a stock offering in order to fund its $932 million turnaround plan.

JCP had not yet released its quarterly results, but noted that it was “pleased” with its results. The lack of information sent shares falling over 10%.

The company reported increased earnings, but it was too little too late. Wall Street was still not impressed with the retailer’s Q4 results.

For more information on dividend disasters, be sure to check out 5 Big-Name Dividend Stocks That Collapsed.

JCP’s biggest competitors have also suffered as the retail environment has changed. However, JCP and Sears (SHLD) have struggled much more than competitors Macy’s (M ) and Kohl’s (KSS ). Based on the chart below, it is not surprising that both Macy’s and Kohl’s have maintained healthy dividends, while JCP and Sears do not offer dividends.

JCP has recently seen somewhat of a comeback as it finally reported earnings that did not miss estimates. Although the company has seen an improvement in share price, its ultimate comeback is questionable.

For information on how to pick the best retail stocks, check out Dividend.com’s Cheatsheet to Finding the Best Retail Stocks.