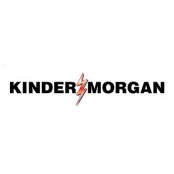 It doesn’t matter the industry, investors tend to focus on the ‘sexier’ stories. In terms of the energy sector, that means the various frackers and producers of crude oil or natural gas. But as dividend investors, we all know that boring is beautiful and you can’t get much more boring than an oil pipeline.

There’s nothing too exciting about a pipeline – moving crude oil or other products from point A to point B. However, this steady volume can mean some big-time cash flows for the firms that own them. And when you are as giant as Kinder Morgan (KMI ), your huge network of pipelines moves a lot of energy.

As the nation’s largest midstream firm, KMI deserves a hard look from almost any investor.

The energy industry is roughly divided into three categories. Upstream is about production and the firms that actually do the drilling. Downstream are the refiners and sellers of energy products. Those two are often where most investors’ conversations about energy stop. After all, everyone knows about upstream firms like Exxon (XOM ) or their local gas station/convenience store. What’s missing is. perhaps, the most important part.

Midstream firms like Kinder Morgan provide the vital link in getting that produced energy product (upstream) to the refiners and sellers (downstream). Typically, this involves a pipeline of some sort. However, midstream assets can include loading/offloading terminals, depots, storage tank farms, processing equipment, trucking assets, rail lines and even barges. Really anything that helps facilitate the movement/transfer of energy assets.

If you include private players, there are literally hundreds of midstream firms. But KMI is king of them all.

(On this page, we track 58 oil and gas pipeline stocks. Get the latest dividend yields and the current share price of all midstream stocks. You can also sort the dividend yield from highest to lowest as you do your investment research.)

Kinder Morgan’s empire spans a whopping 84,000 miles of worth pipelines and approximately 180 terminals, storage farms and processing assets. That’s a lot of midstream muscle. Putting it into context, KMI is the largest transporter of petroleum products in North America and moves 38% of the natural gas consumed in the U.S. Its terminal assets have the ability to handle 152 million barrels worth of oil and about 65 million tons of bulk materials, think coal or potash, annually.

And while some midstream players – such as Enterprise Products Partners (EPD ) and Energy Transfer Equity (ETE ) – come close to KMI’s size, they still aren’t as big in terms of volumes shipped or asset base.

The beauty about midstream assets is that they mostly function like a toll-road and charge firms using their systems by volume. This means that it doesn’t matter what the price of crude oil or natural gas, Kinder will make the same amount of money. Especially considering that it often engages in long-term “take-or-pay” style contracts for the use of their pipelines or terminals.

However, the keywords are “mostly function.” It is true that the vast bulk of KMI’s business are unaffected by commodity prices. But it’s not 100% immune.

The firm does own some oil and gas wells itself and uses CO2 injection to produce that crude oil. As a result, the crash in crude has clipped earnings at this part of the business. Kinder Morgan has felt the effects of lower natural gas and coal prices as well. Natural gas and natural gas liquids processing is tied to prices of these commodities and its coal terminaling assets have felt the effects of lower coal prices through several coal miner/producer bankruptcies.

The cash flow issues with these businesses began to worry several of the major credit rating agencies. Most midstream firms have a lot of debt as it’s very expensive to build out a pipeline and other gathering/terminal assets. KMI had especially a lot of debt, given its huge size.

In order to keep its investment grade rating and pay down that debt faster, KMI did cut its dividend by 75% at the end of 2015. Meanwhile, Kinder Morgan shares fell by about 70% from its summer peak in 2015 to just $13 per share after the dividend cut. (Earlier in December 2015, we spoke about Kinder Morgan, MLPs and why they were capitulating. Find out what we wrote here.)

And yet, the move to cut has benefited Kinder Morgan and its shareholders. It now has basically been able to use cash flows to fund expansion projects rather than debt or equity raises.

As for those expansion projects, KMI has 16 different pipelines on the construction docket across a wide range of energy commodities. The vast bulk of pipelines are cash flow positive right from the start. That only helps strengthen KMI’s current and future distributable cash flows. And given President-elect Donald Trump’s favoritism towards infrastructure and fossil fuels, KMI should have an easy time getting these projects approved. (Check out what Donald Trump’s victory means for other sectors.)

In the meantime, rising energy prices and cost controls have helped in the immediate term. For every dollar rise in the price of crude oil, distributable cash flows of Kinder Morgan by $6.5 million. That’s allowed Kinder Morgan to have already generated a total of $3.37 billion in distributable cash flows over the first nine months of the year. That also puts it on target for its annual cash flow estimates.

While Kinder will most likely keep its dividend low for a while to continue its plans, hitting its estimated targets will generate nearly $4 billion in cash in excess of its current dividend. One or two more years of steady payouts and KMI stock could regain its future dividend growth trajectory easily.

When it comes to midstream assets, Kinder Morgan is really the giant. Its size and scope are enviable. And that enviable size produces plenty of ample cash flows across its entire business. While it did have a few hiccups last year, KMI is in a much better place to keep on delivering growth and eventually dividend increases once again. For investors with long-term timelines, Kinder Morgan is still the king of the midstream space. It’s no wonder why Warren Buffett owns nearly a half a billion worth of shares.

Follow all the latest news regarding dividend stocks on Dividend.com’s News section.