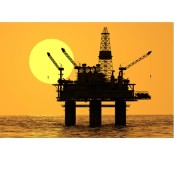 Kinder Morgan, MLPs and Why They Are Capitulating

There is an old saying in the investment world that the market can stay irrational longer than an investor can stay solvent—nowhere is this ringing truer right now than in the midstream energy sector. These are oil and gas companies that own and operate pipelines and storage terminals. While cash flow across the sector has held up relatively well, investors have nevertheless become panicked that there will soon be a wave of distribution cuts.

Many of the largest midstream firms, such as Kinder Morgan (KMI ), Enterprise Products Partners (EPD ), and Magellan Midstream Partners (MMP ) have sold off massively as a result. Kinder Morgan has been the hardest hit this year.

The price of West Texas Intermediate crude oil recently fell below $40 per barrel in the United States and hit a seven-year low of $38, based largely on the decision by OPEC to not cut production.

Dividend.com will discuss the major events taking place in the midstream and MLP space right now, and the implications for investors.

The chart below shows how Kinder Morgan lost 60% of its value this year.

OPEC decided not to cut its oil production, which stands at more than 30 million barrels per day. That will not effectively address the global excess supply, which sits at approximately 0.5 million-2 million barrels per day beyond demand. Production in the United States has hit record levels based on the shale revolution. OPEC has decided it would rather keep production steady, albeit at an uneconomic level, rather than reduce production and give up market share.

The midstream companies are significantly insulated against falling oil prices because the business model acts more like a toll road: Oil and gas producers pay pipeline operators fees to store and transport crude oil and natural gas. This is a fee-based model, and for midstream firms, their cash flow is much more dependent on volumes than on the price of the underlying commodity. However, one segment that is reliant on a supportive commodity price is carbon dioxide. Still, for the most part, the midstream firms’ cash flow is holding up throughout 2015, even though the price of oil is down dramatically.

Last week, the sell-off in the midstream space accelerated to panic levels. It all started when Kinder Morgan announced it would purchase an increased stake in the Natural Gas Pipeline Company of America along with Brookfield Infrastructure Partners (BIP ). Kinder Morgan will pay $136 million to increase its ownership from 20% to 50%.

The firm stated it expects the deal to be immediately accretive to its distributable cash flow, but credit rating agency Moody’s responded by cutting its outlook on Kinder Morgan to negative because of the company’s massive debt load, which stands at more than $40 billion. This put Kinder Morgan on credit watch and sparked fears that Kinder Morgan’s debt could be downgraded to junk status. This fear is exacerbated with the prospect of rising interest rates in 2016.

Investors are selling the stock on this, even though the company’s fundamentals are sound thus far in 2015. Through the first three-quarters, Kinder Morgan’s distributable cash flow grew 22%, year-over-year—but the stock now yields 13%, a dangerous sign that investors expect a dividend cut.

The MLP business model is vulnerable to tightening credit markets. This is what is doing the most damage to Enterprise Products, Kinder Morgan and the midstream sector more broadly. The midstream business model involves raising significant capital through the debt and equity markets to fund new growth projects. Due to the sell-off in the equity markets and the already overleveraged balance sheets, neither the equity nor debt markets are attractive options for raising capital right now.

This means that in order for companies to maintain their credit ratings, and not substantially dilute existing investors, the only viable option left on the table would be to cut distributions in order to pay down debt. This explains the massive decline in midstream equities over the past month; investors are now pricing in significant probabilities of reduced or suspended distributions. Only time will tell whether these midstream companies can maintain their extremely high distributions. Investors should closely monitor the news events going forward.