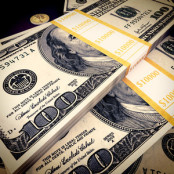 Apple Dividend Comeback: Should You Invest?

As Apple (AAPL ) piled up billions of dollars of excess cash in the bank, questions swirled about how the company would use that cash. Of course, we now know at least part of the answer — Apple re-initiated a dividend and started returning some of that cash to its shareholders through quarterly dividends and a multi-year, multi-billion dollar buyback program. Here are some essential facts to consider with the Apple dividend.

Getting It All Started

Perhaps not surprisingly, the Apple dividend is well within what the company can afford. At the current rate, the dividend will send almost $2.5 billion of cash flowing out of the company each quarter; a relative pittance for a company that has been generating over $10 billion in quarterly free cash flow with pretty solid regularity. Accordingly, whether you measure dividend coverage by earnings, operating income, or free cash flow, Apple will not be putting itself under any appreciable financial strain in paying this dividend.

How Does Apple Stack Up?

By way of comparison, a broad group of technology peers shows Microsoft (MSFT ) paying a 2.6% yield, Intel (INTC ) paying a 3.4% yield, and Google (GOOG) presently paying no dividend. So while Apple’s dividend is not all that great by market-wide yield comparisons, it’s reasonable within the technology sector.

For several years, Microsoft has consistently paid out about 20% of its free cash flow as dividends, though there have also been sizable share buybacks during that period as well. For Intel, the payout percentage of free cash flow has recently ranged from 30%-40% as the company attempts to maintain a steady (or rising) dividend despite a large increase in capital spending. Find out what you’re missing when it comes to dividend stocks in 5 Common Misconceptions About Dividend Investing.

This discrepancy is more pronounced when considering the relative growth expectations. Sell-side analysts project intermediate-term growth in the low teens for both Intel and Microsoft, and nearly double that for Apple. Accordingly, for a business that can still legitimately be called a growth company, Apple is paying out a pretty healthy percentage of its cash flow as dividends.

Where Can It GofFrom Here?

Successful dividend investing is not about simply collecting the highest yield on offer in the market. Rather, it’s about selecting those companies that are likely to continue not only paying a dividend, but increasing that dividend. Companies like Coca-Cola (KO ), Abbott Labs (ABT ), and 3M (MMM ), for instance, have excellent records of steadily (if slowly) increasing their payouts over time and sharing their success with shareholders.

To that end, it’s hard to argue that Apple does not have above-average dividend growth prospects. For starters, while the company has lost some market share to Samsung in smartphones, the two companies stand head-and-shoulders above the competition in phones and tablets — two markets where global consumer penetration is still relatively low. Apple will need to continue to innovate and enter new markets to avoid going the route of one-time cellphone champion Nokia (NOK), but Apple ought to be a long way from the down slope of its potential [see also The Ten Commandments of Dividend Investing].

Along similar lines, a maturing Apple will likely generate far more free cash flow than it can legitimately reinvest, particularly given its asset-light operating base. Consider, for instance, that Apple is able to generate 3.5 times as much revenue as Nokia with just half of the employees. Unless Apple chooses to go the route of large share buybacks or changes its strategy and looks to add more manufacturing capabilities, a percentage of incremental ongoing operating cash flow can be directed to dividends.

What’s more, if Congress passes a tax amnesty for corporate cash balances held abroad or, alternatively, decides to impose financial penalties on companies holding “excessive” cash balances, Apple may well be incentivized to increase its payout and accelerate its return of capital to shareholders. Find out what can go wrong with dividend investing in The Biggest Dividend Stock Disasters of All Time.

What Would Threaten Apple’s Dividend?

No story is perfect, and no company has a risk-free path to prosperity. Simply looking at Apple’s history ought to be evidence enough of that; Apple has enjoyed past periods where it was an innovative darling that really zeroed in on consumer tastes, only to be out-maneuvered.

Perhaps the biggest near-term risk to Apple comes in its somewhat limited targeted market within cellphones. Apple doesn’t really do limited features and has a low-price version, but there are only so many people in the world who need, want, or can afford a high-end phone. The risk, then, is that Samsung or another rival successively goes down-market, captures lucrative market share, and then chips away at Apple from below. At the same time, there is at least a theoretical risk that another partnership between Intel and Microsoft will lead to a repeat of the “WinTel” revolution that sucked away Apple’s momentum in PCs so long ago.

There’s also a risk that Apple finds a ceiling to its growth. Portable music and cellphones are large consumer markets where buyers basically expect to replace devices every few years. Unfortunately, there are not too many markets like that — consumers do not replace TVs or gaming systems nearly so often. That could put greater pressure on Apple to develop its streaming media capabilities at a faster clip, draining off cash and putting it into fiercer competition with Amazon (AMZN) and Netflix (NFLX), as well perhaps as cable companies and movie studios. Here’s a look at what those three stocks have done since the beginning of 2012:

Last and not least, there’s an ever-present risk that the company simply makes bad or dumb decisions. Microsoft and Intel found themselves caught flat-footed by the migration to mobile devices, and the list of companies who have destroyed shareholder value (and burnt up shareholders’ cash) through bad product launches, unwise strategic shifts, and/or ill-fated acquisitions is too long to include in this column. Although it seems very “un-Apple-like” to think that the company could ever find itself throwing billions down a corporate sinkhole, few analysts or pundits ever predict the ultimate source of a company’s doom while it is still riding high [see also A Dividend Investor’s Guide to Measuring Risk].

Careful due diligence is essential to all investment decisions, and no one article can truly supply you with everything you need to know. That said, Apple is very much a newcomer (or new returnee, if you prefer) to the dividend game, but the combination of impressive operating margins, large addressable markets, solid competitive standing, and low asset intensity argue that Apple could be a significant dividend-payer for many years to come.