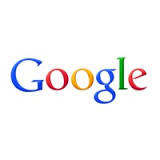 Why Google Doesn’t Pay a Dividend

The tech world is not often known for producing strong dividend yields, but recent years have seen firms shift their focus, looking to add more value for their shareholders. Most notably, Apple (AAPL ) began paying a dividend in 2012 and appears committed to raising the payout as time goes on. This was after years of investors clamoring for a payout and wondering what the tech giant was going to do with its massive cash pile . Like Apple before it, Google (GOOG) has many waiting for the day the juggernaut finally makes a regular payout.

Google is unlike any of its competitors in that its business stretches across numerous categories. On one hand, it is a major search engine that dominates much of the world’s Internet, but on the other, it does compete with the likes of Apple and Microsoft (MSFT ) when it comes to software, smartphones, tablets, and other technological products. An argument can also be made that the company competes with Facebook (FB) and Twitter (TWTR) as a social media engine. Still other parts of Google are focused on entirely different markets, making the company something of a technological conglomerate.

That being said, one of the biggest reasons why Google does not currently pay a dividend is that it wishes to continue its expansion into new ventures. Not to say that its competition has grown complacent, but Google certainly stands out as a company that has shown no intention of slowing down, and is known to continually try new projects (despite many failing). Here is a quick list of just a few of the projects the company has in the works:

All of these projects devour much of the company’s retained earnings; Google spent just under $8 billion on R&D in 2013, or more than 13% of its revenues.

Though heavy R&D costs are part of the reason why Google wants to retain its earnings, it’s not the full picture. After all, Microsoft actually retains slightly more of its earnings for R&D (as a percentage of revenues) and it still offers a handsome dividend yield. The second part of the equation lies in heavy merger and acquisition activity.

Google has made some large purchases over the last few years, racking up charges of approximately $27 billion over the last decade when buying other companies. Some of the most notable purchases have included Motorola Mobility for $12.4 billion two years ago, and the $3.2 billion purchase of Nest early in 2014. And the plans do not stop there.

Google holds more than $30 billion in cash overseas, and was recently pressured by the SEC to reveal plans for the money. The company responded by revealing that anywhere from $20 billion to $30 billion of that is being reserved for the acquisition of foreign companies and technology rights. Simply put, Google is still heavily focused on being a growth company, no matter how much the market wants it to show some value traits.

The Bottom Line: Will Google Ever Pay a Dividend?

Ultimately, it seems likely that Google (GOOG) will pay a dividend at some point in the future. Not only is it among the largest companies in the world, but with a stable and highly recognizable brand, it is a perfect candidate for initiating a payout. The question of when is much tougher to answer; this will largely depend on when Google is comfortable sacrificing some growth opportunity to return earnings to shareholders. Needless to say, there will be many keeping a keen eye on the tech giant to see if and when it will finally make its first regular payout.