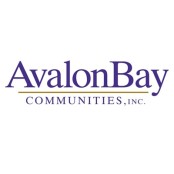 In part 2 of our 5 part series, Dividend.com analyzes AvalonBay (AVB ) where George Soros holds 18,121 shares, which equates to a stake of $3.1 million. That almost equals the stake he has in Equity Residential (EQR ), which we analyzed in Part 1 of this series. You can read Part 3 here and Part 4 here.

AvalonBay is an S&P 500 Company classified as a Multi-Family REIT that primarily owns or holds an indirect ownership in 282 apartment communities that contain 82,851 apartments on both the west and the east coasts of the U.S.

AvalonBay operates in areas which have an insufficient supply. Completions as a percentage of existing stock of homes in the past 20 years is 0.8% in AVB markets as against the U.S. top 50 metro average of 1.4%. It’s also accompanied by higher cost of ownership and higher household incomes in AVB markets vs the U.S. average. Unlike Equity Residential which targets only lifestyle seekers, AVB targets lifestyle seekers as well as value seekers.

All key macroeconomic factors like unemployment rates, job growth and a rising interest rate are positives for REITS in general. AvalonBay’s occupancy rate is 95.4%. They were more than 96.5% in 2Q13.

Is Suburban Living the American Dream?

Yes, according to Avalon. They feel that as millennials turn 30, they tend to move to suburban properties rather than urban properties. With that assumption, up to 45% of their under-construction development is in suburban America.

Equity Residential, one of Avalon’s competitors, roots for the millennial market with the assumption, backed by strong data, that young graduates who get a job in the knowledge economy love living “downtown,” rather than in the suburbs. Once a male turns 30, he is more likely to get married and seek a house that’s in the suburbs. If he can’t afford to buy one, he will keep renting—and that’s the market Avalon has its stamp on. Millennials who start living in the urban core get burnt out of the lifestyle and exorbitant rents and seek a change as they turn 30.

A suburban lifestyle means paying the same rent as in an urban area but with more space, accompanied by lawns and parks. Couples who prefer living in the suburbs get access to a good schooling system as well.

They also stated that in 2015, they commenced the development of 13 communities which are expected to contain an aggregate of 3,758 apartment homes and be completed for a total capital cost of $1.9 billion.

AvalonBay, reported on September 30th, 2015, a $3.6 billion development pipeline opportunity according to their investor presentation.

Avalon, as previously mentioned, is into a heavy expansion mode. Expansion is primarily financed through debt (79%) and equity (21%). Dividend investors would be happy to know that apart from 2017, 2020 and 2025, all the other years the amount that’s returned to equity investors is greater than the amount that debt investors get. However, this doesn’t overshadow the fact that every year AVB shareholders are suffering from dilution.

*Data from 10k filings
*All shares outstanding are in millions

With the billions of dollars being spent on expansion, the financial statements say that there is still approximately $500 million that remains to be funded. So, there’s a high probability that shares are further likely to be diluted going forward, which will lower the EPS and make the valuation unattractive.

Such heavy institutional presence is always a plus since this leads to low volatility in the stock price when the retail float is low.