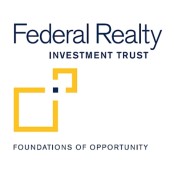 In part 3 of our 5 part series where we discuss the REITs Soros Fund Management holds, we analyze George Soros’ 121,734 shares in Federal Realty Investment Trust (FRT ), which equates to a $17.6 million stake. His other positions include a $3.2 million stake in Equity Residential (EQR ) and an equal stake in AvalonBay Communities (AVB ). Soros Fund Management manages $10 billion dollars. His REIT positions are worth $80 million.