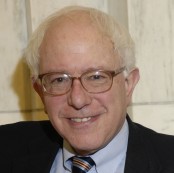 Your Dividend Portfolio: What If Bernie Were President?

Editor’s note: This is one of several columns that examine how the election of the leading candidates in both parties might affect an investor’s dividend-oriented portfolio.

The presidential campaign of Vermont Senator Bernie Sanders has been more focused on the economy than perhaps any other candidate, and his position on this core issue couldn’t be more clear: our current economy, dominated by “Wall Street and the billionaire class” isn’t working for average Americans. If elected, he would raise taxes on the wealthiest Americans to pay for college education at state schools and an array of benefits including Medicare-like health insurance for all.

Specifically, Sanders has put together a 13-point program that includes reforms such as universal pre-K and early childhood education programs, raising the federal minimum wage to $15 an hour by 2020, reversing NAFTA and other free trade agreements, investing $1 trillion in infrastructure and spending $5.5 billion on a youth jobs program.

Wall Street, which is a favorite Sanders target, would come under attack if the self-admitted “democratic socialist” were to capture the White House. Sanders would impose an unspecified tax on C corporations.

Sanders, as well as his right-wing Republican rivals, have surprised the pundits with their popularity, fueled by a rising tide of populism. Many voters on both sides of the political spectrum are distrustful of mainstream politicians who have presided over an economy in which rewards flow to the top and the vast majority of Americans are no better off now than they were 20 or 30 years ago.

Putting aside the question of whether Sanders, if elected, could win over a Republican-dominated Congress and actually enact his program, it’s fair to ask what his plan would cost. After the candidate outlined his proposals in September, The Wall Street Journal estimated that the cost would be $18 trillion over 10 years. The bulk of that would be for a single-payer health care system, which the Congressional Budget Office estimates would cost $15 trillion over 10 years. On the other hand, Americans are likely to spend $42 trillion on health care over the next 10 years under the current system. The Sanders health care plan, in other words, may involve about the same spending, but would shift who pays for it.

Objective critics of Sanders’ plan have noted that taxing billionaires to pay for lower- and middle-class entitlements sounds good, but ultimately doesn’t work because there are not enough very wealthy people to pay the taxes required to fund the higher spending mandates. The question then becomes who to tax and what to tax to make up the difference, and it is here where problems could arise for dividend investors.

If dividends are characterized as income for the wealthy that shouldn’t merit special tax treatment, then it would be easy to see a President Sanders proposing that dividends be taxed as ordinary income — at rates that would probably go up for all taxpayers, especially the very wealthy. This would be safe to assume, given the candidate’s already stated opinions that a raise in the capital gains tax rates could be coming. Sanders hasn’t been specific about taxes and tax rates, other stating that the billionaire class would be paying more. He hasn’t said how much they would pay, nor where the demarcation exists between “fair” income and wealth and “excessive” income and wealth.

In addition, since large profitable corporations often come under attack by Sanders for not paying their fair share of taxes, it would be safe to assume that a Sanders presidency would also favor increasing the tax bite on corporate America. If that were the case, there would be less profit to share with investors through dividends.

For dividend investors, therefore, a Sanders presidency could be problematic. If Sanders were sworn in at the same time that a much more left-populist group took their seats in Congress, then the chances of seeing some major Sanders proposals get enacted would increase. If, on the other hand, Sanders were to become president with a Republican-dominated Congress, the likelihood of any of his proposals being enacted are slim.

Whether he makes it to the White House or not, Bernie Sanders would not be a top pick among those who make dividend investing a top priority.

Click here to find out how a Trump or Clinton presidency would affect your dividend portfolio.