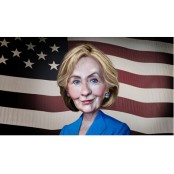 Your Dividend Portfolio: What If Hillary Were President?

Editor’s note: This is one of two columns that examine how the election of Hillary Clinton or Donald Trump might affect an investor’s dividend-oriented portfolio.

The central focus of Hillary Clinton’s stated economic policies involve moves to increase income for lower and middle tier earners. Her center-left positioning and focus on income for the masses translates into a mix of redistributionist and growth proposals that most Republicans would consider imbalanced and damaging although they are as punitive or severe as the openly socialist positions of Bernie Sanders.

For dividend investors, a Clinton presidency—if her husband’s experience is any guide—is apt to be more centrist and pragmatic than the positions the candidate has taken during her primary campaigning. And that translates into an environment that, while not as supportive of dividends as that of a Republican president, still could turn out well—especially considering the irrefutable historical evidence that the economy and the stock market have done better since 1928 under Democratic presidents than under Republicans.

Let’s look at some of the specifics of the current policy plans of the former Secretary of State, Senator and First Lady.

First, Clinton would cut taxes on lower income earners. However, she hasn’t been specific about how much and for whom. She also would support the expansion of publicly-provided pre-K education and give a tax break of up to $2,500 for college students and lower their borrowing costs. Clinton also wants to cut taxes and red tape for small businesses.

In the area of bigger businesses, Clinton would offer a 15% tax credit for companies that shared profits with their workers. She would end the preferential tax treatment of carried interest and enact the so-called “Buffett Rule,” which says that no millionaire or billionaire pays a lower effective rate than their secretary.

Her focus on encouraging long-term growth rather than what she calls “quarterly capitalism” has attracted attention during her campaign. Clinton would extend the holding period needed to qualify for preferential long-term capital gains treatment from one year to two years. After the two-year period, the rate would drop to the current 20% for long-term gains in yearly steps over a period of four years.

Clinton has also said that she would take other unspecified steps to reduce Corporate America’s short-term focus, with a particular emphasis on inhibiting the activities of “activist” investors who she believes encourage companies to engage in stock buybacks and the payment of special dividends. These activities, she purports, do little to encourage economic growth or boost employment.

The central point of Clinton’s message is that corporate profits and productivity are at all-time highs, yet wages and real purchasing power for all but the very wealthy have stagnated as returns flow to the top. While not expressing the scorn for Wall Street and the corporate elite that her Vermont rival is proud of, Clinton says her policies will be fair but tough on these two groups in order to ensure that their activities more clearly serve the broad economy, not just themselves.

What The Critics Say

Critics on the right, of course, believe that Clinton’s policies, if enacted, would damage the economy and hurt those in the middle and below who she most wants to help. “The mainstream of economists want growth. That means there should be less taxes on investments,” Mark Bloomfield, president of the American Council for Capital Formation, told The New York Post.

Critics on the left believe that Mrs. Clinton does not go far enough in her proposals. They believe that her past support for Wall Street as New York’s junior senator, and the Street’s generous campaign contributions, compromise her objectivity in being able to identify problems and being able to push for solutions that Wall Street would oppose. In the view of her most vocal critics on the left, the bailout of the big banks after the financial collapse of 2008 has resulted in prosperity (and no punishment) for those who caused the mess and nothing in the way of income improvement or relief for the vast majority of Americans who lost homes, jobs and suffered in other ways.

As with the other candidates, how much of what Clinton proposes actually becomes law if she is elected will depend on the political composition of the new House and Senate, and the economic climate on Inauguration Day, a year from now. A continuation of the current regime in which a liberal president and a conservative Congress result in deadlock would stall Clinton’s efforts to enact the key parts of her agenda.

For dividend investors, therefore, a Clinton presidency is likely to mean not much of a shift from the present environment, with more profound change in either a left-wing or right-wing direction possible should the economy be in recession or the stock market tank.