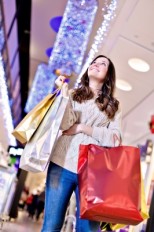 “Invest in What You Know” Is Still Good Advice

Just as there are a multitude of investor types, there’s a multitude of different ways investors can screen and look for stocks to buy. These “systems” can range from the very complex screening for relative value and momentum metrics to the very simple. One of the simplest methods could also be one of the best for long-term dividend investors: buy what you know.

The investing axiom, which was first attributed to Fidelity fund manager super star, Peter Lynch, is really as easy as it sounds. Apply your local knowledge and buy the stocks of the companies you already shop at, eat at, and buy from. The basic idea is that if you are familiar with a particular industry or product, you’re more likely to understand the advantages and disadvantages of the companies within it.

And for the most part, it’s downright great advice if taken with a few caveats.

A Tale about L’egg’s Eggs

Arguably, Peter Lynch is the greatest mutual fund manager of all time. During his tenure between 1977 and 1990 as the head manager of the Magellan Fund at Fidelity Investments, Lynch averaged a 29.2% annual return. During that tenure, he also spouted some folksy wisdom.

One of his best stories tells how his wife was shopping one day and in the checkout line bought a new Hanes (HBI ) product. She loved L’eggs pantyhose so much that Lynch bought HBI stock. It eventually became the largest position in Magellan and shareholders realized a more than 30-fold appreciation in the stock.

This was Lynch’s principal of “buy what you know” in action. He knew that if most women were like his wife, Hanes was going to have a hit on its hands with L’eggs. And they did.

What Lynch believed is that as a retail dividend investor, you have an uncanny advantage over Wall Street. You’re are able to spot good investments in your day-to-day life before the Street finds out about them. Lynch often said his best ideas came from driving around with his family or shopping at the local mall rather than pouring over the latest piece of research on a particular sector.

Go look in your pantry or linen cabinet. Odds are it’s filled with a variety of leading brands and products like Clorox (CLX ), Proctor & Gamble (PG ) and Kellogg’s (K ). I would guess that your neighbor’s closet looks pretty similar. And it’s not just consumer products. Ever notice that your cable bill keeps going up and up, but your service hasn’t changed? Notice more AT&T-owned (T ) DirecTV satellite dishes sprouting up all over your neighborhood? How about your utility bills rising?

The point is, finding great investments doesn’t have to be some all-encompassing search using insane screening and charting software. Taking the time to look around could bear fruit in a meaningful way. And you’ll have more time to spend your family or on hobbies.

Not That Simple But Still Darn Easy

Now, the biggest criticism from pundits about Lynch’s “buy what you know” method is that going in blind and snagging up shares of Cosi (COSI) just because you like their subs is stupid. COSI happens to be a terribly run company on several profit metrics. I mean come on, they blamed the Pope for poor earnings this past quarter.

The idea is to use Lynch’s strategy to initially find companies. Once you’ve made your selection, you still need to break out a balance sheet and examine some of the sales, profitability trends, and so on. However, odds are that the products you use are backed by mega-cap stocks with years of dividend paying and profitability under their belts.

You almost don’t need to spend too much time looking at the stocks, but you should, at least initially and once a year. The reason why Lynch was successful is that he was in it for the long haul and many of the trends he saw by “buying what he knew” took years to pan out. Don’t get too wrapped up in the week-to-week movements of your “buy what you know” stocks.

This is one time when buy-and-hold makes perfect sense.

At the end of the day, investing in stocks isn’t complicated. “Buying what you know” still remains a great way to find great companies to invest in. The key is not to stop there but rather use your knowledge as a starting point for further research. All in all, the method should act as a launching point for great dividends and returns.