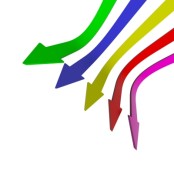 With Brazil’s recent downgrade to “junk” status, we take a look at other such rated countries, focusing on those which were once the darlings of economists but today find themselves in miserable conditions.

The value of Brazil’s currency, the real, has been in free fall for the past 12 months, increasing from just over approximately 2.5 real per U.S. dollar to just under 4 real per U.S. dollar. From the scandal at Brazil’s largest oil company, Petrobras, to the rampant corruption in the political structure, international investors are spooked by the deteriorating Brazilian economy.

These concerns have moved Brazil’s interest rates to 14.25%, which qualifies the country’s debt as “junk”.

Below, we take a look at other notable “junk” countries.

Political Situation: As you have probably seen, the political situation in Ukraine has been tense. Russia mobilized their military and took Crimea, a port town that allows access to the Black Sea. Russia’s actions caused the United States and the European Union to enact harsh economic sanctions on the country and their controlled territories. The sanctions crippled the Russian economy, however, military action in the region has continued. Since then, Ukraine has retreated from the eastern city of Ilovaisk and a tentative ceasefire has been forged between the two countries.

Political Situation: Argentina is facing economic and political turmoil stemming from its populist policies under President Cristina Fernandez de Kirchner, who has kept utility prices frozen, nationalized the country’s largest oil company, and combated inflation by blatantly changing official statistics. Since the country’s financial crash in 2002, Argentina has been relatively isolated from international financial markets, exacerbating the already difficult financial problems of the country. However, with Kirchner’s defeat in the elections last fall, there is hope that the country will come to terms with its debtors, avoid default, and fix the underlying problems in the economy.

Political Situation: Iran has a long history of being involved in violent conflict in the Middle East region. Recently, Mahmoud Ahmadinejad, the controversial ultra-conservative, was elected president. His re-election in 2009 sparked violent opposition revolts, and subsequent military crackdown caused economic sanctions to be levied upon Iran by the West. A nuclear deal, championed by President Obama, is on the horizon and might forge new stability in the region.

Political Situation: Venezuela is a country dominated by the oil industry as it has the largest proven reserves of oil in the world. Under President Hugo Chavez the country consolidated state control over the economy and nationalized many industries including telephone, electricity, and oil. Chavez was succeeded by his vice president in 2013, Nicolas Maduro, whose government has faced ongoing civil unrest. There is growing evidence that Maduro’s power base is weakening, and neighboring countries have expressed concern regarding his government’s aggressive treatment of protestors.

There are two oil-rich countries with extremely high interest rates. This proves that being rich in natural resources doesn’t necessarily come with a favoured credit status. It remains to be seen what kinds of economic policies these countries adopt to get them out of their misery. Ricardo’s competitive advantage theory says that nations should export goods where they have a competitive advantage and import goods where they don’t. The above nations may want to take heed.