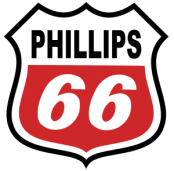 Before the opening bell on Thursday, a number of big name, dividend paying companies announced their quarterly earnings. Below, we look at these earnings reports and break down the important points for investors.

Phillips 66 (PSX ) reported fourth quarter earnings of $1.1 billion, which are down slightly from last year’s Q4 earnings of $1.2 billion. Adjusted earnings per share came in at $1.63, which is up from $1.34 reported last year, and above analyst’s estimates of $1.41.

PSX chairman and CEO Greg Garland had the following comments: “Our solid fourth quarter was the result of our diversified asset portfolio and operational excellence, even as commodity prices declined. During the quarter, we generated more than $1 billion in cash flow and returned over $800 million of capital to shareholders, while continuing to fund value-enhancing growth projects.”

Harley-Davidson (HOG ) reported fourth quarter revenues of $1.2 billion, up slightly from last year’s $1.19 billion. Earnings for the quarter came in at 35 cents per share, marking a 2.9% increase over last year. HOG beat analysts’ estimates of 24 cents EPS on revenues of $1.06 billion. for 2015, Harley-Davidson expects shipments to increase by 4% to 6%.

Check out the article to learn more about the dividend suspensions and their...