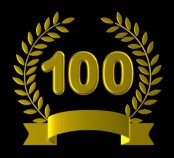 15 Companies That Have Paid Dividends For More Than 100 Years

As a dividend investor, you might have trained yourself to look for fantastic yields when placing your money. While 10% yields are attractive, they’re worthless if the company can’t sustain the payments.

These 15 companies have paid out dividends for at least 100 years—and are hoping to continue for a hundred more. Will any of these companies still be paying a dividend when we ring in the 22nd century?

DuPont (DD ) is a chemical and plastics company that operates internationally. Looking at DuPont’s payout ratio based on free cash flow show that the past two years have not been good—while three years ago their payout ratio was only 50%, these days it’s hovering over 100%. This, coupled with the fact that they just dropped their dividend a whopping 20%, suggests that the company will not continue to pay a dividend for the next 100 years.

General Mills (GIS ), most well-known for its cereals, is a food producing behemoth that has found a million different ways to transform wheat into food. With a payout ratio of around 50% (less in previous years), General Mills is in good financial shape and is conservative enough to get the company and its dividend through any rough years.

Johnson Controls (JCI ) is a large producer of battery and HVAC systems. Johnson Controls’ stock has slowly gone up in recent years and its yield is nothing to get excited about. However, with payout ratios in past years at a very conservative 40%, there’s room to raise the dividend or to sustain it for the next hundred years.

Church & Dwight (CHD ) is a consumable company you can’t avoid. Another conservative stock, the company is paying out a tiny dividend that currently yields a little over 1.5%, and is around 30% of its free cash flow.

Although the name “Black & Decker” (SWK ) brings to mind power tools, don’t write this diversified company off as a simply tool company. While past years have seen a higher payout ratio (albeit still below the recommended 70% figure), last year’s huge increase in free cash flow halved that ratio to 33%.

An oil and gas company, Exxon Mobil (XOM ) is found throughout the world either extracting or selling its products. Adamant about not getting into renewables, its chemical division might be the only part of the company left standing in 100 years—never mind the dividend. Even with billions of free cash flow the company struggles to pay its dividend with payouts of almost 100% of cash flow.

Eli Lilly (LLY ) is one of the top pharmaceutical company with products for humans and animals. This past year is the first time the company hit its 70% payout ratio—previous years have seen it hovering around 50%. With an elevated stock price driving down the yield, it’s perhaps not the best buy right now, although it will still be paying a dividend in 100 years.

Consolidated Edison (ED ) is a major supplier of electricity and gas in the New York City region. With over 4 million customers in the region, the company also has a maturing renewable resources division. With a payout ratio last year of almost 200%, Consolidated Edison is not likely to still be paying a dividend in the 22nd century.

UGI Corp (UGI ) is an internationally-present propane, gas and electricity distributor. A stable and conservative company, its dividend takes up less than 30% of its free cash flow. Slow and steady wins the race; it also maintains the dividend in the long-term.

Another ever-present consumable company, P&G (PG ) manufactures everything your household could need, from soap to razors to paper towels. While the company might need to cut their dividend with payout ratios continuously below 70% and over 10 billion in free cash flow every year, P&G is in good shape for the long-term.

Coca-Cola (KO ) is the number one producer of sparkling and still beverages in the world. With a moderate payout ratio and enormous name recognition, Coca-Cola will continue to pay its dividend over the next hundred years.

A personal care and pet food company, Colgate-Palmolive (CL ) is another billion dollar company whose products can be found in any American household. Smaller than Procter & Gamble, Colgate-Palmolive keeps its dividend payments to 50% of its cash flow. Fiscal conservatism and solid products in a never-dying industry mean that this company will still be prosperous and dividend paying in the far-off future.

A paint, coating and glass company, PPG (PPG ) can make anything in the world look beautiful. Decent payout ratios going back two years and a recent stock split spell a strong future for this company.

Chubb (CB ) is an insurance company that can seemingly protect any product or business in any industry. Recently sold to ACE Limited (ACE), it’s safe to assume that Chubb will not be one of the companies to pay a continuous dividend for two hundred years.

Fiscally conservative companies are the ticket to long-lasting dividend investing. Some of these 15 companies are in industries that will grow while others are in ones that could falter. Despite the industry, only the companies which conservatively manage their money will continue paying a dividend for the next 100 years.

Not so long ago a social strategy used to be just a “nice-to-have”...

Check out our latest edition of the special report on the best dividend...