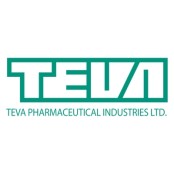 The first week of December featured several market-moving events that provided investors with food for thought in a month that usually sees sharp fluctuations in trading volume. Israeli drugmaker Teva saw the greatest increase in traffic after a key member of its front office stepped down. Primary industries tied to oil and gas and other commodities also experienced higher viewership following OPEC’s agreement to curb crude output beginning in January.

Shares of Teva Pharmaceuticals Industries Ltd. (TEVA ) saw a 68% surge in traffic this week for all the wrong reasons. The stock tanked on Tuesday following news that the President and CEO of its Global Generic Medicines Group, Sigurdur Olafsson, was stepping down. His departure comes amid growing concerns about the generic drug business at a time when the Department of Justice (DOJ) is probing several companies for price collusion.

TEVA plunged 5.4% on Tuesday in a volatile, high-volume session that pushed the stock into oversold territory on the Relative Strength Index. TEVA eventually bottomed near ten-year lows, culminating a disastrous year that has shaved more than 45% off the share price. The company recently reported better than expected third-quarter earnings on revenues that fell some $300 million short of estimates. The company also lowered its guidance for the rest of the year.

Despite its recent struggles, TEVA is still considered a strong dividend payer with an average yield of 3.22%. The drugmaker has enjoyed dividend growth since 2013.

TEVA went ex-dividend last week. To find out the next occurrence, check out our Ex-Dividend Tool.

Pharmaceutical and biotechnology stocks also came under pressure this week after Donald Trump declared his opposition to high drug prices. In an interview with Time magazine, the President-elect vowed to “bring down drug prices.”

It may come as a surprise to some investors that Caterpillar Inc. (CAT ) is the Dow’s best performing blue-chip for 2016. This partly explains the 57% boost in traffic for heavy construction dividend stocks. However, analysts recently cautioned that Caterpillar’s valuation is overstretched, and could be due for a major correction. The same outlook may be applied to the broader industry.

Investors too have shrugged off Caterpillar’s warning that Wall Street is “too optimistic” about its fortunes. The source of that optimism is a $1 trillion infrastructure spending spree promised by Donald Trump. The President-elect made it a campaign pledge to rebuild the nation’s roads, railways and airports. Such a massive initiative would boost demand for ground-breaking equipment, ensuring that heavy construction stocks keep churning out solid gains for the foreseeable future. In Caterpillar’s case, it has gained roughly 15% since the November 8 election, eclipsed only by the Dow’s major banks, Goldman Sachs Group Inc. (GS ) and JPMorgan Chase & Co. (JPM ).

For the latest dividend news and analysis about these and other stocks, visit our News section.

That Sunoco LP (SUN ) is third on our list is hardly a surprise. The stock, which operates in the downstream oil and gas industry, increased its viewership 56% last week after the Organization of the Petroleum Exporting Countries (OPEC) clinched its first production agreement in eight years. Under the new pact, OPEC’s now 13 members will reduce output by 1.2 million barrels per day to drain the global oversupply of crude. Non-OPEC members, including Russia, will also lower their daily production by a combined 600,000 barrels per day.

Oil prices spiked as much as 19% in the days following the November 30 deal, with energy stocks quickly following suit. Sunoco shares spiked more than 13% following OPEC’s announcement. The S&P 500’s energy index gained in all but one of the sessions that followed the landmark deal.

Ford Motor Co. (F ) was in the news this week, snatching fourth spot on our list with a 55% increase in traffic. The stock surged to a more than four-month high after the Detroit-based automaker reported strong November sales, including higher demand for its luxury Lincoln brand. The company also announced it will raise $2.8 billion in new long-term financing for technology initiatives that intersect electric vehicles, self-driving cars and ride-sharing.

In a filing with the Securities and Exchange Commission, the company said it will raise $1.5 billion in 10-year notes with a yield to maturity of 4.536%. It will raise an additional $1.3 billion in 30-year notes at 5.291%. Ford executives are said to be monitoring President-elect Donald Trump’s first few months in office for signs of any change to long-standing trade deals, such as the North American Free Trade Agreement (NAFTA).

Ford has enjoyed dividend growth for the last three years. Its current average yield is 4.6%.

This week’s themes are likely to repeat themselves in the short term as investors continue to double down on Donald Trump’s infrastructure plan while feeding off the prevailing calm in the energy markets. With the President-elect signaling his opposition to higher drug costs, big pharma could be in for a rough couple of months.

For more Dividend news and analysis, subscribe to our free newsletter.