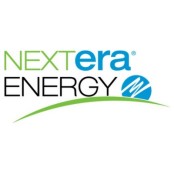 The Market Glance for October 31: NextEra Energy Powers Up

Investors need to make sure they eat their Wheaties this upcoming week. Given that it’s the start of a new month during earnings season, there will be a lot to cover over the next seven days. And with the current trend of the market reacting – and potentially overreacting – to every bit of news, the week could be another roller coaster. (Have a look at last week’s Market Glance for a recap.)

As for data, we’ll get measures of consumer, labor, manufacturing and housing health this week. And that’s on top of the normal weekly data reports investors normally receive. All in all, there will nearly 30 pieces of economic data reported over the next seven days.

Meanwhile, this data will come in amidst the blitzkrieg of earnings season. With third quarter reporting well underway, traders this week will need to navigate the reports’ current and forward-looking news. So far, profits have been strong, but guidance and sales figures have been weak.

As if that wasn’t enough, the Fed will be a constant force this week: we’ll get the latest FOMC meeting and its decision on interest rates.

All in all, traders might be in for an exciting – if bumpy – week.

Investors don’t get a break entering the week. There’s a multitude of data being reported, which includes Personal Consumption Expenditures (PCE) and Consumer Price Index (CPI). However, the big metrics on the day are month-over-month Personal Spending and Personal Income figures. The drivers of consumer demand have trended down in recent readings, which could spell trouble for the economy if they continue to slip.

NextEra Energy, Inc. (NEE ) is estimated to report earnings per share of $1.65. That’s slightly higher than its reported profits last year. On a positive note, the utility has managed to beat earnings by around 5% over the last couple of quarters. So investors might be in for another beat based on history. That history also lends itself to dividends. NEE currently yields 2.77% and has traditionally increased its dividend during the fourth quarter.

Tuesday will continue to see the data deluge, offering metrics tied to manufacturing, construction activity and vehicle/automotive sales. However, the real driver of the day will be the Institute for Supply Management’s (ISM) Purchasing Managers’ Index (PMI). The measure and survey of manufacturing health has recently moved out of contraction levels. While that is bullish, the PMI is still well below levels reached just a few months ago. Traders will be looking to make sure that the PMI breaks out higher, before believing manufacturing is doing OK.

Water utility Aqua America (WTR ) is estimated to report EPS of 39 cents per share. That’s basically a penny higher than last year’s earnings for the same quarter. And that just highlights the steady nature of the regulated water business. WTR has seen its earnings slowly rise over the last few quarters – with no big beats or huge increases. That’s similar to its dividend, which has slowly risen over the years. WTR currently yields 2.56%.

Mid-week gets very hectic for investors. On the data front, investors will be treated to the very important ADP Non-Farm Employment Change number as well as crude oil inventories. These alone have the ability to move the markets. However, they will be overshadowed by Janet Yellen & Co. The Fed will make its latest decision on interest rates. Analysts expect the Fed to hold off one more time and leave rates at 0.50%. However, nothing is 100 certain and if they surprise, all bets are off for the days returns.

Social media darling Facebook (FB ) is expected to earn 76 cents per share. That’s more than double last year’s earnings for the same quarter. Even the firm’s continued profit increases and robust cash flow, investors have started to wonder about FB’s ability to pay a dividend. However, management continues to keep their mouth shut on that issue. Facebook yields 0.00%. (Why don’t more tech firms pay dividends? Find out the answer for online retailers with Why E-Commerce Companies Don’t Pay Dividends.)

Assuming the Fed keeps rates the same, Thursday continues with a plethora of market-moving data. The two biggest data points on the day will be the weekly unemployment number and month-over-month factory orders. The number of new filers for unemployment benefits fell last reading, after rising slightly. All in all, the metric has stayed in a relatively tight range for months now. Factory orders also managed to reverse course toward positive numbers last month. Traders will be looking for more of the same in order to confirm that all is going well with the U.S. economy.

Selling legal addictive substances has worked well for Starbucks (SBUX ). The coffee chain is expected to report EPS of 55 cents per share. However, SBUX has only met expectations during the last two quarters. That doesn’t seem to be a problem, as these quarters represented increases to its bottom line. Not to mention SBUX’s dividend. The firm currently yields 1.49% and has been growing its dividend steadily over the last five years.

Friday will be 100% about jobs and the health of labor. We’ll see three important metrics being released, including the official government Non-Farm Employment Change, Average Hourly Wages and the Unemployment Rate. After dropping in the subsequent years of the recession, the unemployment rate has begun to rise in recent readings and is now at 5%. Another increase this month, and that could send already nervous traders heading for the exits.

Duke Energy (DUK ) is estimated to report EPS of $1.55 per share. That’s about 10 cents per share more than the mega-utility reported last quarter. In terms of beating earnings, DUK has been all over the place. Management recently affirmed its dividend, when it announced its latest payment which was in-line with the previous quarterly amount. DUK yields 4.36%. (Find out when DUK or any other dividend stock is going ex-dividend with our Ex-Dividend Search tool.)

Given how much is being released during the upcoming week, investors will need to be agile. Data and earnings-related releases will drive much of the week’s returns. Although, the Fed and its potential to throw a wrench in the cog will certainly be a prevailing factor as well. All in all, it promises to be a bumpy ride.

On November 4, we’ll update you with how each company/indicator mentioned above performed in our Market Wrap. So be sure to check out Dividend.com’s news section for an update.