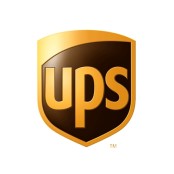 Technology stocks are again present in our weekly list of most popular dividend stocks, but unlike last week they are not a dominant presence. Although both Nokia (NOK ) and Seagate Technologies (STX ) pay a healthy dividend, their prospects do not seem bright, at least in the near future. United Parcel Service (UPS ), on the other hand, increased its dividend and has been boosted by online retail, while ConocoPhillips (COP ) has been badly hit by low oil prices.

Our UPS page has registered a 65% rise in traffic week-over-week, as the package delivery company announced an increased dividend and a new share repurchase program on Thursday on the back of strong financial results for the first quarter. UPS, and broadly the delivery industry, have experienced renewed interest from investors lately. For instance, UPS’ stock has risen more than 6% since the beginning of the year, comfortably beating the S&P 500 index, which was flat over the same period. Over the past week, however, the shares have fallen more than 2%, as investors digested news of a possible $3.8 billion pay by the company to cover pension needs.

Still, the company has a lot of reasons to be upbeat. Its quarterly income grew by about 10% compared to the same period last year, despite macroeconomic headwinds abroad and an uncertain economic environment at home. In posting such strong results, the Atlanta-based group has been helped by increased demand from online retailers. Indeed, CEO David Abney noted at the last conference call that e-commerce sales “have again exceeded the expectations.” But that was not the only cause for the solid report. Investments in its network and cost-cutting initiatives coupled with lower fuel costs have improved the bottom line, with operating margins in the US rising 0.5% to 12.1% this quarter compared to the year-ago period.

With demand for residential deliveries in high-gear as online retail continues to grow fast, UPS has continued to expand its last-mile deliveries and invest in technology to trim costs. The strategy has paid out and is expected to continue to do so in the future.

Earlier this year, UPS increased its dividend payout to $0.78 per share from $0.73 previously, and now yields slightly above 3% annually. That payout is considerably higher than that of its main competitor FedEx (FDX ), which pays less than 1%, but is lower than Services average of roughly 3.5%.

Seagate Technology (STX ) pays an astonishing 12.5% dividend annually, which is three times more than the Technology average of 4.1%. The outsize yield has in all likelihood attracted viewers to our page tracking the stock, showing an increase in traffic of 52% in the past week. But that is hardly a reason to celebrate. The company’s stock has lost nearly half of its value since the beginning of the year and is down 67% in the past twelve months. Facing tough competition in its main market for hard disk drives and falling demand for desktop computers, Seagate’s revenues and profits have dwindled. For instance, the company said that revenues fell 21% in the most recent quarter compared to the same period last year, prompting a sudden 20% decline in the stock price.

The company expects demand for desktop computers to continue its downward spiral, but hopes the trend to be more than offset by higher storage needs from cloud-based service providers. However, the company is bleeding at the moment, and if this tendency carries on, it will most likely be forced to trim the dividend—or cancel it altogether. Seagate paid out $188 million in the last quarter to honor its dividend commitments to shareholders, but its free cash flow was just $111 million. The deficit was likely financed from the company’s cash reserves of more than $1 billion.

If Nokia is in a transition period and whether its next focus will be the Internet of Things or another push into consumer market is yet to be found out, given that management has failed to outline a clear strategy so far. In the meantime, however, the stock looks attractive to our readers for its juicy 5.3% annual dividend. Viewership of our Nokia page rose 32% week-over-week, as the company grabbed the headlines with its acquisition of Withings, a French technology company making healthcare tracking devices ranging from watches to blood pressure monitors. Nokia’s technology unit chief, Ramzi Haidamus, made it clear that the company was looking to accelerate its push into digital healthcare and potentially establish itself as a leader in the incipient market. But that seems a long way down the road.

The company has been attempting lately to make a comeback in the consumer devices market given that its core networks business has been declining. However, the Finland-based group has not yet found a clear market to focus on. It recently launched a tablet, a 3D camera for professionals, and now wants to take deeper a dive into the Internet of Things.

ConocoPhillips’ page has seen its traffic rise nearly 30% last week compared to the week-ago period, as the stock continued its slide following the announcement of mixed financial results on April 29. Although the oil giant posted a better-than-expected earnings-per-share loss, its revenues missed estimates. As a result, ConocoPhillips’ stock has tumbled about 10% in the past five trading days, bringing year-to-date gains in negative territory.

ConocoPhillips is one of the worst positioned company among oil giants to withstand low oil prices for a prolonged period. Its debt and interest payments are rising, while its cash flow position is worsening. The firm was forced recently to slash its dividend to $1 annually from nearly $3 previously. If the current trend continues and oil prices fail to recover, the company could cancel its dividend altogether. Its annual payout to shareholders currently stands at 2.34%, significantly lower than the basic materials average of 9.31%.

UPS has topped our list this week with the most traffic increase, as the company boosted its dividend and has been performing well despite headwinds. The same could not be said about ConocoPhillips, which cut its dividend amid falling revenues and rising debt overload. In the middle of the top are two technology companies offering outsize dividend yields, but weak growth prospects.