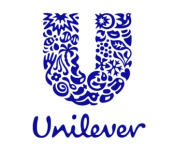 When income investors assess the consumer staples sector for dividend stocks, one of the U.S.-based giants like Procter & Gamble (PG ) typically comes to mind. But there are foreign consumer staples stocks that should be viewed as favorably, if not more so. One example is Unilever PLC (UL ). Unilever is based in the United Kingdom and was founded in 1885.

Unilever has a number of strong staple brands, some of which include Dove, Axe, and Comfort. Due to Unilever’s premium brands, as well as its strategic investment in the emerging markets, the company generates stable profitability each year along with growth rates that are well ahead of its U.S.-based competitors like P&G.

Unilever returns a significant portion of its earnings to investors as a dividend and raises its dividend on a regular basis. Shares have outperformed the market in the past one year. Unilever stock is up 5% in that time, while the S&P 500 is down 1%. As a result, income investors should view Unilever as a strong stock pick with a defensive business model and a high dividend.

On April 14, Unilever increased its dividend by 6% in euros. Its new dividend goes to 32 euro cents (36 cents U.S.) per share. At current exchange rates, that translates to $1.44 per share annualized in U.S. dollars. According to Unilever’s April 25 closing price of $46.21, the dividend raise now equates to a 3.1% yield. That is a significantly higher yield than the S&P 500 average yield of approximately 2%.

Compared to the U.S.-based consumer staples stocks, Unilever has two distinct advantages that could make it a better pick for income investors. These are its large food business and its lead in the emerging markets. First, while P&G is limited to staples products, Unilever’s foods segment constitutes approximately 25% of its total sales. This provides Unilever with valuable portfolio diversification. Unilever has strong food brands including Lipton, Ben & Jerry’s, and Hellman’s.

Secondly, Unilever derives nearly two-thirds of its sales from emerging markets. These are underdeveloped nations in Asia, Africa, and the Middle East that are exhibiting much faster economic growth than developed nations like the United States.

Unilever is based in Europe, and due to the significant quantitative easing measures employed by the European Central Bank this year, the company is able to raise extremely cheap capital. For example, in March, ECB President Mario Draghi announced a wave of new stimulus measures, including lower interest rates. The ECB reduced the interest rate on overnight lending by 10 basis points, to -0.4%, and lowered its benchmark rate for bank-to-bank lending to zero.

As a result, large and highly profitable European companies like Unilever can take advantage by easily accessing the debt markets. On April 26, Unilever issued 1.5 billion euros ($1.69 billion) worth of bonds, including 300 million euros ($338.7 million) of bonds maturing April 2020, which have a 0% interest rate. Unilever is essentially accessing capital for free, which can be used to further invest in strategic growth initiatives to expand the business. Such a low cost of capital is a strong tailwind for future earnings growth, which should then translate into higher dividend growth as well.

Unilever has a modest 67% dividend payout ratio, as a percentage of earnings, and enjoys industry-leading growth. This allows the company to increase its dividend at a higher rate than many of its competitors. For example, Unilever’s 6% dividend raise is far higher than P&G’s 1% dividend increase for 2016. Close competitors Kimberly-Clark (KMB ) and Colgate-Palmolive (CL ) raised their dividends in 2016 by 4% and 3%, respectively.

Going forward, we believe Unilever could easily continue to raise its dividend by 5% per year. Its dividend payout would reach $1.75 per share by 2020 in this scenario.

Unilever has a high dividend yield, the ability to raise its dividend at rates higher than many of its industry peers, and is diversified across both product focus and geographic regions. The stock has outperformed the market in the past year due to its defensive, recession-resistant business. Consequently, income investors should view Unilever as a top choice in the consumer staples sector.