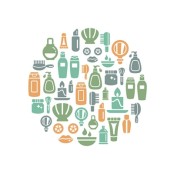 Below, we look at 5 Consumer Goods stocks which are near their 52 week highs and also have healthy yields and modest earnings growth estimates for next year.

Avery Dennison Corporation (AVY ) is engaged in the production of pressure-sensitive materials and a variety of tickets, tags, labels and other products. The stock has had a spectacular 2016, as it is up 15% so far. Its 52 week high is $74.33. It is trading only 1.2% off of its high at $73.42. The company has a yield of 2.06% on an annualized dividend of $1.48. With more than 50% of its earnings being retained, the company is expected to clock a double digit earnings growth in 2017 at $4.19 compared to its 2016 earnings of $3.76, based upon analysts’ expectations. The company has a dividend history since 1994 and has consecutively grown its dividend for the last 5 years. Investors have discounted that, as they give it a valuation of 19.42 PE, which is well above the industry average.

Are airline stocks worthy of bargain shopping? Or is COVID-19 masking a deeper...

The Market Wrap For March 27: Stimulus Measures Roll In

With the stimulus measures rolling in, traders looked past the markets’ continued volatility...