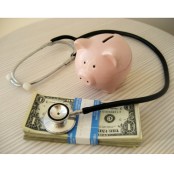 Some investors prefer the growth aspect of share buybacks, while others won’t even think about investing in stocks without a dividend payment. While each side tends to hold a rigid view, there are merits of each strategy. Both dividends and share buybacks have benefits, as well as downsides.

Dividend payments are a percentage of a company’s earnings that it decides to distribute to investors on a quarterly, semi-annual, or annual basis. Take McDonald’s (MCD ), a company that has raised its dividend every year since its first dividend payment in 1976. The company is a Dividend Aristocrat, a select group of stocks that have increased their dividends for at least 25 years in a row.

On the other hand, there is Amazon.com (AMZN), the internet retail and e-commerce giant. Amazon is one of the biggest companies in the world, and yet, it does not pay a dividend. Instead, it prefers to utilize the bulk of its excess cash flow for share repurchases as a means to return cash to shareholders.

While varying capital allocation policies are common between industries, there are also instances in which very similar companies in the same industry will have vastly different policies.

Health Care as a Case Study

More stable industries like consumer goods tend to be highly profitable and mature firms, and thus have little need to retain cash or buy back a great deal of stock. It is relatively easy for McDonald’s to pay a dividend. By contrast, technology companies like Amazon are in a highly competitive and volatile industry. It is critical for these firms to reinvest in growth initiatives to stay on top of the constantly evolving technological landscape. Considering that Amazon is still not generating profits consistently, it is no surprise why it does not pay a dividend.

There are cases where companies in the same sector will pay a dividend and make raising dividends a priority, but others will not—even among comparable firms with similar business models. Take the health care sector as a good example of this. In health care, there are many large-cap companies that pay dividends, and others that prefer instead to retain more cash flow or use it solely for share repurchases.

Johnson & Johnson (JNJ ) is one of the most legendary dividend stocks of all time. J&J has increased its adjusted earnings for 31 consecutive years, and has increased its shareholder dividend for 53 years in a row—a streak that makes Johnson & Johnson a Dividend Aristocrat more than twice over. Moreover, it is one of only three companies to hold a ‘AAA’ credit rating from Standard & Poor’s. Based on its April 6 closing price, the stock yields 2.7%.

Similarly, Pfizer (PFE ) and Merck (MRK ) are high-yield dividend stocks as well, with yields of 3.9% and 3.5%, respectively.

On the other hand, health care giant Biogen (BIIB) does not pay a dividend, despite the fact that it is a billion-dollar company by market capitalization. It generates annual revenue in excess of $10 billion and is solidly profitable. Biogen’s revenue rose 11% while earnings jumped 24% last year, thanks to excellent results from its drug pipeline. It is a very large company with stable earnings. It could easily afford to pay a dividend to shareholders if it chose to, yet it does not.

Alternatively, there are large health care companies that pair dividends with share repurchases in some way. Consider Gilead Sciences (GILD ), which does pay a dividend, although it is a lower yield in its peer group. Gilead yields less than 2%, but it makes up for this with a large share repurchase program. In early 2016, it announced a new $10 billion stock buyback authorization. Gilead utilizes more cash flow for share repurchases than dividends.

Another such company is Intuitive Surgical (ISRG), a $23 billion company by market cap. Intuitive Surgical manufactures and sells surgical robots including its highly successful da Vinci system. The company does not pay a dividend, but in the past three years repurchased more than $2 billion of its own stock.

Within the health care sector, the reason why these companies maintain different capital allocation programs is how pressing their internal investment needs are. Companies in the biotech industry such as Biogen, or medical devices firms like Intuitive Surgical, require higher levels of spending on research and development than companies with significant consumer franchises like Johnson & Johnson.

Which path is better to take, from the perspective of shareholders, is less certain. Each of these companies have rewarded their shareholders with compelling returns over the past five years. The high dividend stocks in health care have done very well:

On the other hand, so have the stocks that primarily buy back stock instead of issuing dividends:

From the above charts, Biogen and Gilead outperformed all three high yield dividend stocks in the five-year time period. However, the worst performing of the entire group was also a buyback stock. This indicates that there is no right answer when it comes to the dividend vs. share buyback debate. The more important issue is earnings growth. Regardless of how they choose to distribute profits, it is far more vital for companies to grow their underlying businesses. Without the supporting earnings, a company cannot pay a dividend, nor can it buy back stock.