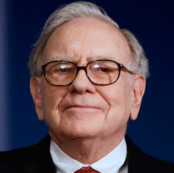 Berkshire Hathaway Inc. (BRK) has been busy lately, loading up on a sector which may come as a surprise to many investors.

According to Berkshire’s latest 13F filing, Warren Buffett has been aggressively buying shares in embattled pipeline company Kinder Morgan Inc. (KMI ) The document reveals a new stake in the company worth approximately $400 million for 26.53 million shares.

Kinder Morgan was beaten down in its fourth quarter as investors abandoned the company due to a combination of credit concerns, low oil prices, and a quarterly dividend cut from 51 cents per share to a tiny 12.5 cents. From July 1, 2015, to the end of the year, Kinder Morgan shares fell from close to $40 to $15, a decline of more than 60%.

Kinder Morgan was beaten down in its fourth quarter as investors abandoned the company due to a combination of credit concerns, low oil prices, and a quarterly dividend cut from 51 cents per share to a tiny 12.5 cents. From July 1, 2015, to the end of the year, Kinder Morgan shares fell from close to $40 to $15, a decline of more than 60%.

Kinder Morgan isn’t the only energy company Buffett has been buying during this downturn in the sector. In January, Buffett added 5.1 million additional shares of Phillips 66 (PSX ) to Berkshire’s portfolio, increasing their total position in the oil refiner to 65.7 million shares.

Both the Kinder Morgan and Phillips 66 buys are classic Buffett moves. Kinder Morgan has some of the best pipeline assets in the world. Buffett knows it would be nearly impossible for a new company to start up tomorrow and replicate the moat built by Richard Kinder and the rest of his management team. There’s an easy argument to be made that buying a refiner makes sense because lower gasoline prices will encourage folks to drive more, not less.

The Case for Kinder Morgan

Kinder Morgan’s dividend cut and subsequent share drop have given Buffett the perfect buying opportunity. Not only does the company have some of the best pipeline and storage assets in the world, it also has $18 billion in projects slated for the next five years, with approximately 40% of those dedicated to carrying natural gas.

The company’s big projects include an expansion of the Trans Mountain pipeline in Canada – a $5.4 billion move that will more than double the amount of oil sands bitumen that can be transported to key exporting facilities on the west coast. This project is slated to be completed by the end of 2019.

A variety of smaller projects are also scheduled to be completed in 2016 that can be completely funded from existing cash flow; good news for a company so indebted it was recently forced to issue a preferred share with a 9.75% dividend

The nice thing about Kinder Morgan’s pipelines is they’re not really tied to the price of the commodities. Over 90% of the company’s cash flows are fee-based and secured by take-or-pay contracts. The only risk is if the underlying energy producer stops supplying Kinder with product, something that would only realistically happen if the producer goes bankrupt. However, Kinder Morgan transports natural gas and crude for many of the world’s top producers, a fact which mitigates those concerns.

Even during this downturn, Kinder Morgan has produced some impressive cash flows. In 2011, the company earned $1.22 per share in distributable cash flow. In 2016, that number is expected to increase to $2.10 per share, good enough for an 11% growth rate.

Looking back to a year ago, Kinder Morgan shares traded hands at $42, which was approximately 20 times forward distributable cash flow. Today, shares are $17 each, which is just 8.5 times 2016’s projected distributable cash flow. For Buffett, a man who has made his career by buying great assets when they’re cheap, this deal was too good to pass up.

Is This a Bottom?

When crude oil first declined in the latter part of 2014, many investors rushed into the sector convinced the meltdown would be short-lived. That move didn’t turn out too well.

Today, more than a year later, we’re starting to see evidence the sector has bottomed. Rig counts are down substantially. Production is finally starting to decline. Governments that depend on royalties from oil and gas are starting to enter panic mode.

The North American oil producers who can make money with crude at $30 per barrel are few and far between. While this doesn’t look good in the near term, over the medium to long term this is good news as it will get excess capacity out of the system.

It’s obvious Buffett sees Kinder Morgan and Phillips 66 as companies that can survive this downturn in the energy sector. Kinder Morgan has freed up billions in cash annually with its dividend cut, meaning that it won’t be so dependent on debt to finance its growth going forward. Phillips 66 has more than $3 billion in cash and generated more than $4.2 billion in net profit in 2015, figures which are good enough for a $7.72 share price.

Nobody can be sure the energy sector has bottomed out, not even Warren Buffett. But by buying two of the best energy companies out there, Buffett doesn’t need to get the timing right. As long as crude oil and natural gas are higher five years from now, Berkshire Hathaway will profit nicely.