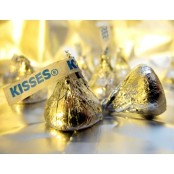 2 Chocolates for This Valentine's Day

Outsiders who saw commodity prices tumble throughout 2015 would have expected cocoa prices to fall as well. Unfortunately, for chocolate lovers everywhere, this didn’t happen. Instead, cocoa prices rose in 2015, only to then fall in early 2016.

As with all pricing scenarios in the free market, cocoa prices are subject to supply and demand. In 2015, there was a cocoa shortage partially due to the El Nino weather phenomenon, which caused both heavy rain and droughts in cocoa-rich West Africa. Couple weather problems with a dwindling number of cocoa farmers and you can see why the price would rise.

On the demand side of the equation, cocoa is considered a luxury good. When the economy is good, demand rises. When the economy is poor, demand falls, sharply. While 2015 wasn’t the greatest year for the global economy, increased wealth in China and India meant a larger number of people were indulging their sweet tooths.

For China, though, the latter part of 2015 and the beginning of 2016 has seen billions of dollars evaporate overnight as its markets fell. With that decrease in wealth has come a decrease in demand for luxury goods (and cocoa!). The 2015-2016 growing season is also looking up for West African cocoa farmers with an over-abundance of cocoa being expected by spring 2017.

For confectioners, rises in the price of cocoa can be deadly. In 2015, Hershey Company (HSY ) and Mondelez International Inc. (MDLZ ), along with Mars, Lindt and Nestlé were forced to raise prices by up to 8%.

A quick examination of both companies reveals why Mondelez was worth more than Hershey after a year of rising cocoa prices.

Hershey is a primarily American chocolate company. While the company is slowly expanding internationally, it has yet to make a significant impact on the world economy. Its non-cocoa products offerings are slim and any increases in the price of its number one ingredient can have lasting effects on the bottom line.

Mondelez, on the other hand, has dozens of non-cocoa products and is a truly international company. From crackers to candy to chocolate, Mondelez may rely on cocoa for some of its recipes but the company will never be hostage to the volatile commodity.

On the commodities side, analysts have cocoa prices decreasing in the short-term due to overabundance and softened demand, but then spiking higher after the next growing season in West Africa. Over the long-term, decreased production will lead to an ever-growing rise in the price of cocoa.

For the chocolatiers, the solution is more efficient and productive farmers. Dozens of companies have partnered with the World Cocoa Foundation to promote better and more profitable farming methods so that young farmers stop abandoning cocoa production for cities or for other crops.

Depending on the type of investor you are, Hershey or Mondelez could be a strong addition to your portfolio. With a strong dividend and solid, diversified business, Mondelez offers dividend investors a 1.80% yield.

For investors interested in growth opportunities, Hershey is the ticket. The company is expanding its product line to include the healthy items that Americans are demanding and are increasing their market share in candy, mint and gum. Hershey is looking to conquer the international market and if they can undercut Mondelez for the billions of customers in India and China, Hershey would soon be the King of Confectioners.

Rising cocoa prices have shaken chocolate companies. Whether the cause of the rise in cocoa is because of political instability, poor weather conditions, too much supply or inefficient farming, higher input costs cause an increase in the consumer price of the popular dessert ingredient. Demand for cocoa, which had previously seemed never ending, began to slow in late 2015 in sync with China’s economy.

Hershey suffered in 2015 because of its dependency on cocoa for the majority of its products. Mondelez, with its large, international exposure, suffered from appreciation in the U.S. dollar. Investors looking to purchase a sustainable and growing dividend stock should look at Mondelez this Valentine’s Day.