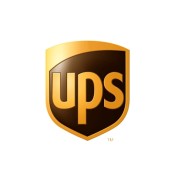 Dividend.com analyzed the search patterns of visitors to our site during the past week ending February 6, 2016. Below, we give an analysis of how intelligently readers used Dividend.com to help them in their investment decision-making process by providing a breakdown of what was searched the most on Dividend.com ranked by volume spike to ticker pages.

UPS (UPS ) shone in our search queries this week as it gave stellar earnings by beating analyst’s expectations. The company also provided FY 2016 EPS guidance of $5.70 to $5.90. UPS operates in an industry that has just one competitor in the form of FedEx (FDX ). In economics, such an occurrence is usually described as a “duopoly”.

UPS has been a major beneficiary of low oil prices as that is one of its major costs every year. Combine that with the fact that it trades at a valuation that’s much cheaper than its duopoly partner FedEx—and its cherry on the cake.

Some food for thought on why UPS is a better bet than FedEx:

UPS wins on all 4 key parameters that we use to track dividend stocks.

UPS felt the heat of a media onslaught, which happened back in December when popular media outlets reported that UPS and FedEx are both heading towards a disaster as they are unable to keep pace with an unexpected surge in online shopping. UPS’s ground package delivery rates falling to 91% from 97% were reported in the same shopping week last year—definitely worrisome, but it was too naive an approach from the media towards UPS. A surge in online shopping can only be good for the company in the long term. Using words like “disaster” in the headline for their clickbait strategy only helps the media outlet and not the investor.

In its latest press release on February 2, the company gave the following key highlights:

Is Amazon a Worry for the Duopoly Industry?

Every year Amazon (AMZN) gives $1B of business to UPS. As Amazon plans to lease about 20 Boeing 767 freighters in an attempt to enter the delivery business (apart from its Prime Air Delivery service through drones), it will affect UPS going forward. Building a delivery business is not easy. The business has very high barriers to entry, which require huge capital investment. At the moment, Amazon’s ground delivery isn’t that great and it will take them time to actually start relying less on major players like UPS and FedEx.

Amazon has clearly stated that India is their number one priority right now—not building drones to enter the delivery industry. Wal-Mart and Amazon have a $20B capex planned in India, which has recently become a playground for all e-commerce giants, as the market heats up in the fastest growing Asian economy. One can safely assume that by 2018, Amazon can take baby steps towards building its own delivery system. For a complete stop on using UPS as their number one delivery system is still a long way away, since Amazon doesn’t generate a lot of surplus cash to launch multiple capex projects at the same time.

For the time being, UPS is a definite “long” as they are on target to beat their conservative 2016 guidance.

Our Basic Materials stocks page was trending last week as investors queried stocks in the oil & gas, agriculture, gold, copper and silver space. Basic Materials, as an industry, houses 309 stocks in 17 different sub-sectors that you can find here. We analyzed the 5 key parameters that we used to track dividend stocks and were not surprised to find that the sector is badly beaten down. However, we were pleasantly surprised to find one speciality chemicals company called WD-40 whose return graph is as follows:

In this week’s “spotlight” article we’ll carry a detailed analysis of the company that would be for premium members only.

Warren Buffett has sparked interest in Phillips 66 (PSX ) as he bought almost 6 million shares taking his Berkshire Hathaway stake to more than $5B in the oil refiner. Buffett has always been a big fan of dividend paying stocks with Kraft (KRFT) and Wells Fargo (WFC ) his top 2 holdings followed by Coca Cola (KO ), IBM (IBM ) and American Express (AXP ) rounding off his top 5.

Phillips 66 is a diversified energy manufacturing and logistics company, having businesses in 4 major segments:

1.Midstream – Gathers, processes transports and markets natural gas in the US. The midstream segment includes our investment in Phillips 66 partners LP and their investment in DCP Midstream LLC
2.Chemicals – Manufactures and markets petrochemicals and plastics worldwide
3.Refining – It refines crude oil and other feedstock at 14 refineries across the US and Europe. They have a capacity of 2.2 Million barrels of crude per day.
4.Marketing – They market refined petroleum products in the form of gasoline and aviation fuels

The fact that it’s an integrated player means that it wasn’t as badly beaten down as other oil stocks. We’ll carry a detailed analysis of Phillips 66 next week as we hope to uncover why Warren Buffett ramped up his stake in the company.

Southcross Energy (SXE) was a penny stock that was trending last week as it fell 9% last week. A penny stock trading at 50 cents, Southcross is an oil and gas transporter that has been badly beaten down. The stock once traded in the $35-$40 and now trades at 50 cents as mentioned above. That’s a loss of almost 985%.

Southcross Energy gets the dubious distinction of being featured as the stock that gets the highest yield from the 2800 stocks that we track in our “High Dividend Stocks by Yield” page. This is a definite dividend trap and should be viewed as a very risky investment.

We at Dividend.com know how technology is interwoven in our daily lives. Dividend.com has become a central source of information for all things dividends on Wall Street. By analyzing how you, our valued readers, search our property, we hope to uncover important trends that help forecast stock market performance. Each week, we’ll share search patterns from the previous week in order to assist you in making insightful decisions for your portfolio.