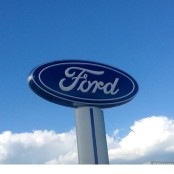 The U.S. automotive sector is fresh off a record year in 2015 and expects another banner year in 2016. The industry is benefiting from a number of fundamental tailwinds, including low gas prices, low interest rates and a steady economic recovery. Additionally, the housing and labor markets continue to recover in the United States—buoyant home prices and 5% unemployment are key supports for automotive purchases.

With all this working in their favor, the U.S. automakers are enjoying rising profitability. However, stock prices for the major auto stocks, Ford Motor Co. (F ) and General Motors (GM ), declined significantly in 2015. In particular, Ford has endured a difficult year.

The stock has been unable to break out of the low-teens range, despite its strong earnings. In an effort to keep shareholders happy, Ford is significantly increasing its dividends. As a result, Ford continues to be an attractive stock pick for income investors.

Ford Revs up Sales and Profits

Investors continue to be bearish on Ford. The stock has declined 20% in the past year while the S&P 500 Index was down only 5% in that time. And yet, Ford’s fundamentals continue to improve. Total car sales in the U.S. rose by 5% last year. In particular, the F-Series pickup truck continues to sell very well. In December, the Ford F-Series sold more than 85,000 vehicles for the first time in a decade. The F-Series remains America’s best-selling vehicle, a span that has lasted 34 years.

This has contributed to very strong earnings. Over the first nine months of 2015, earnings per share grew 2.5% from the same period the year before. For the full year 2015, pretax profit is expected to come in at the top end of the $10-$11 billion range. That would set a new record for the company. For 2016, Ford expects pretax profit, operating earnings per share, and revenue to be comparable with or higher than 2015 levels.

Ford’s strategic imperative is continued expansion in the emerging markets, including China. These markets have fueled Ford’s impressive sales growth in recent quarters, and a renewed focus on profitability is helping boost earnings as well. Last quarter, Ford earned a $20 million pretax profit in the Asia-Pacific region. Other international markets are firming as well. Europe—where the automotive industry has taken a massive hit from the ongoing financial crisis, high unemployment, and poor economic conditions—is showing signs of recovery. Ford’s European vehicle sales rose 10% in 2015, far better than the industry average of 3% growth in Europe.

Since re-instituting its regular quarterly dividend in 2012, Ford has aggressively increased its cash dividends paid to shareholders, as its business fundamentals have recovered. Its dividend has grown at a 31% compound annual rate in that time. It is unlikely Ford will maintain that pace moving forward. However, even if earnings remain flat in 2016, it is reasonable to project 5% dividend growth per year in 2017 and beyond, given its low payout ratio. The following chart illustrates what Ford’s future dividends will be like using those assumptions.

Ford’s payout ratio remains at a comfortable level throughout the projection period. Under a “worst-case” scenario of no earnings growth through 2020, the dividend will still represent a manageable 50% of trailing 12-month earnings per share. That should help alleviate investor concerns as to the sustainability of the dividend.

Ford has announced a $1 billion special dividend, amounting to $0.25 per share, in addition to its $0.15 per share regular dividend. Ford’s total 2016 planned dividends will be 40% higher than 2015 dividends because of this.

At its current $12 stock price, an investor can earn a 7% return based on the $0.60 common stock dividend planned for this year, as well as the $0.25 per share special dividend payout. That is a very attractive level of income return.

If investors were to judge Ford based on its stock price movement alone, they would reasonably conclude that the company is struggling. But that is not actually the case; in fact, Ford’s sales and earnings are growing. Investors are afraid that future results will disappoint, and that peak car sales have passed. This is not matching the current reality. If Ford’s sales momentum can continue throughout 2016, perhaps investor sentiment will turn.

In the meantime, the company is intent on rewarding its loyal shareholders with meaningful cash returns. The stock may not be attractive for growth investors, but it is cheap at just 10 times earnings and high dividend payouts. As a result, value and income investors should continue to view the stock attractively.