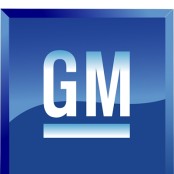 General Motors Revs up Its Dividend

The past year has been a very difficult one for the major U.S. automakers. Share prices of both General Motors (GM ) and Ford Motor Co. (F ) fell over the past 12 months and underperformed in the S&P 500 Index in 2015. In particular, GM has had a difficult time in the aftermath of its defective ignition switch scandal, which cost the company $1.5 billion in financial penalties and has damaged the strength of its brand. This has had a pronounced effect on the stock price, which fell approximately 14% in the past year.

However, GM has remained steadily profitable throughout its public relations crisis and the company is expanding rapidly in emerging markets, such as China. With additional fundamental tailwinds like low-interest rates and low gas prices, GM has significant momentum heading into 2016. Reflecting management’s confidence in the future of the business, GM raised its dividend by 6%. Dividend.com discusses GM’s dividend raise and its future business outlook.

At first glance, it looked like the U.S. automakers had everything set up perfectly heading into 2015. GM and Ford should have benefited greatly from the combination of crashing oil prices and low-interest rates in the United States. However, it hasn’t panned out. Instead, sentiment surrounding the auto companies has turned negative, presumably because of pervasive fear about slowing growth in emerging markets like China. It’s certainly true that China is a focal point for the automakers, as the emerging markets more broadly present attractive growth potential.

In GM’s case, the sentiment does not match reality. GM is actually doing quite well in China and in the United States. GM raised its full-year earnings forecast reflecting its growth prospects. The company now expects $5.25-$5.75 per share in 2016 adjusted earnings per share. At the midpoint of that range, earnings guidance is up 4.8% from its previous forecast.

GM’s new $1.52 annualized dividend represents 27% of the company’s 2016 projected earnings per share. That is a comfortable payout ratio that should leave room for future dividend growth. Since GM instituted its dividend in 2014, it has grown its dividend by 12% compounded annually. The following table illustrates what GM’s future earnings and dividends could look like, using modest growth assumptions of 5% earnings growth and 6% compound dividend growth.

Under these growth assumptions, GM’s dividend payout ratio stays comfortably below 25% through to the end of the decade.

Efficiency is a major driver of GM’s earnings growth. The company expects 9%-10% earnings before interest and tax (EBIT) margin by the end of this decade. The primary cause of its margin expansion is a renewed focus on efficiency. Most new GM vehicles are lighter with better gas mileage than previous models. For example, the new GMC Arcadia is 700 pounds lighter than the current version and gets better gas mileage. And, new manufacturing technologies allow for reduced production costs in under-developed markets like Mexico, China and India. It is critical to reduce margins in those nations where GM has struggled to turn a profit.

The disconnect between what GM itself reports and what investors perceive about the future could stem from what investors view as the most important drivers of auto sales. The market is ignoring GM’s excellent results due mostly to fears that the growth is about to come to a screeching halt. Indeed, it’s reasonable to assume economic conditions won’t be quite this favorable moving forward. It is unlikely gas will stay at extremely low levels forever, as commodity prices are highly cyclical. Separately, it’s widely expected that the Federal Reserve will continue to raise interest rates this year as the economy recovers. Rising rates will make the cost of borrowing more expensive, which will conceivably be a headwind for auto sales.

It’s worth noting that low gas prices aren’t the only drivers of car sales. Equally important are the health of the housing and labor markets as more significant indicators of whether consumers can, and will, purchase automobiles. On those fronts, investors should not be overly concerned. The housing market is in firm recovery and the U.S. is adding jobs. These are fundamental tailwinds that are supporting GM’s growth.

As a result of its strengthening fundamentals and positive outlook for 2016, GM simultaneously raised its dividend and meaningfully increased its stock buyback authorization. The company will raise its dividend 6%, to $1.52 annualized. In addition, GM raised its stock repurchase plan from $5 billion to $9 billion.

Close competitor Ford also increased its cash returns to shareholders. It declared a $0.15 per share regular dividend and declared a $1 billion supplemental dividend, which amounts to an extra $0.25 per share special dividend.

At its January 12 closing stock price, GM’s new dividend level provides a 5% yield. That is a very strong yield, more than twice the average stock dividend yield in the S&P 500. In addition, the stock is cheap on a valuation basis, trading for just 11 times trailing earnings—roughly half the valuation multiple for the broader market. Therefore, GM stock should continue to be viewed attractively by income investors.