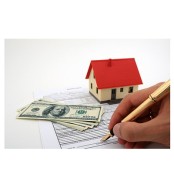 The REIT Way to Forget the Fed

Real estate investment trusts (REITs) have been a great place for investors to find big yields over the years since first launching back in the early 1990s. However, they have really taken off over the last five or so years as investors have clamored for anything that throws off a dividend in the wake of the Federal Reserve’s zero interest rate policies.

Now, with the Fed on the cusp of raising rates, it seems that many investors have been throwing REITs away.

But in reality, investors should be doing just the opposite and doubling down on the asset class. The truth is REITs will be just fine. In fact, they’ll be better than fine—they’ll actually outperform.

One of the biggest market-driving stories over the last few months has been the potential rise in interest rates. As the Fed has pumped, faked, and kicked the can, a variety of high yielding sectors have seen increased volatility. REITs have been a major contributor to this volatility and things have finally came to a head with the Fed about to actually pull the trigger and raise the quarter of a percent.

That’s because investors fear that a rate hike will kill the real estate investment trusts’ chances. After all, with the Fed now making risk-adverse assets—cash, treasuries, and CDs—more attractive, risky things like the REITs are warranted in a portfolio. As such, the MSCI US REIT Index is still down about 1.3% this year. That’s after it gained back some heavy losses over the summer when the Fed first toyed with the idea of raising rates.

However, this idea is basically an old wives’ tale.

Believe it or not, REITs actually do well during periods of rising rates. Share prices in the sector do initially feel rising interest rates; however, they quickly rebound pass these knee-jerk reactions. Since 1980, REITs have managed to return an average of 16% over the next 12 months during the 21 periods of rising interest rates. This combination of price appreciation and rising dividends has managed to crush the Barclays Capital U.S. Aggregate Bond Index.

Looking at the last period of rising rates:, we can see the outperformance even better. Between June of 2003 and June of 2006, interest rates rose from 1% to 5.25%. During that time, the Dow Jones U.S. Select REIT Index managed to return 27.68% annually and provided a whopping total return of over 108%. (Looking for an ETF that tracks this index? Try BND.)

That’s a multiple year tightening cycle and REITs still managed to crush it.

The reason for this is that many REITs’ rents are tied to measures of inflation, which means payouts continue to rise as interest rates do. Secondly, the motive as to why the Fed raises rates in the first place is that the economy is cooking along just fine. This is beneficial to firms that own shopping malls, office buildings, hotels, etc. Rising rental and investment activity are a sign that things are A-OK with the economy and you’ll want to own the stocks (and, in this case, real estate) that benefits from that.

If the Fed is raising rates because inflation is out of control (like in the 1970’s) then again REITs will still perform decently. Investors tend to flock to hard assets and you can’t get more physical than a shopping plaza.

Given that REITs actually do well in normal rising rate environments, investors may want to consider the sector. The recent sell-off on the anticipation of the rise has REITs now trading for about a 12% discount to their net asset values. The last time a discount was this wide was back in 2009 when the sky was falling and commercial real estate was plummeting into the depths of the credit crisis.

This can be as simple as buying a broad REIT fund like the Vanguard REIT Index ETF or iShares Cohen & Steers REIT. These broad ETFs provide instant diversification among a variety of REITs, property types and regions throughout the U.S.

A more complex, albeit perfectly acceptable, solution is going long some of the various REITs in subsectors that will benefit from economic growth. Office specialists like Boston Properties (BXP ) or industrial warehouse owners like Prologis (PLD ) should continue to see rising rents and their investors rising dividends as the recovery takes hold.

Additionally, higher interest rates make it harder for many consumers to buy a home or, at least, make them reconsider the purchase of one. That will continue to send more Americans renting and boost the fortunes of apartment REITs like Avalon Bay (AVB ) or self-storage REIT Public Storage (PSA ).

Ultimately, REITs should see a slight drop when the Fed finally announces before taking off in the weeks and months ahead.

REITs are a great place to find big dividends and income—and that fact isn’t going to change when the Fed raises rates. Investors can use recent downturn and subsequent “shock” when the Fed does raise to add to their position. Your dividend portfolio and income will thank you later.