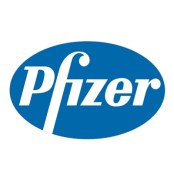 Pfizer: One of Our Best Dividend Stocks Increases Dividend by 7%

Pharmaceutical stocks are highly regarded by investors for their strong profitability and high dividend yields. Pharmaceutical companies generate robust profits and cash flow, which they then distribute as dividends. The health care sector traditionally has higher dividend yields than other market sectors.

That kind of long track record of uninterrupted dividends is what makes the health care sector a haven for income investors. Dividend.com analyzes Pfizer’s dividend increase and its underlying financial performance.

Pfizer in the Post-Lipitor Era

For many years, cholesterol drug Lipitor was the driving force behind Pfizer’s growth. Lipitor was once Pfizer’s best-selling drug. But Lipitor’s patent expired in the United States and caused Pfizer to lose billions of dollars in revenue. The collapse of Lipitor has been staggering. Lipitor generated just $454 million in worldwide sales last quarter—that is a steep decline for a drug that once generated more than $10 billion in annual sales by itself, as recently as 2010.

Pfizer has responded to the loss of Lipitor by pursuing aggressive acquisitions to generate growth. This makes sense since Pfizer has deep pockets and bringing new drugs to market is an extremely costly and time-intensive effort. Buying higher-growing competitors is a much easier way to produce growth, and that is exactly what it has done. Pfizer’s attempt to buy AstraZeneca (AZN ) for more than $100 billion last year fell through, but it was successful in its $17 billion takeover of Hospira.

Not only that, but Pfizer has invested heavily to build its organic drug pipeline. Over the course of the year, Pfizer has made several promising advancements in its drug portfolio. For example, Pfizer has seen strong results for the Prevnar 13 vaccine, which is used to protect against pneumonia and other infections. In addition, earlier this year the company launched Ibrance, a therapy for first-line breast cancer.

Pfizer has rewarded investors with strong stock price appreciation, in addition to its dividends, in the past five years.

Continued development of its pipeline will be crucial for Pfizer’s future earnings growth and, by extension, its dividend growth as well. Overall, Pfizer is having a tough year, but its core fundamentals remain sound. The company’s revenue and adjusted diluted earnings per share declined 3% and 5%, respectively, over the first nine months of 2015. But the major cause of those declines was the strengthening U.S. dollar. Large multi-national corporations such as Pfizer have suffered steep declines in revenue and earnings because of the rising U.S. dollar.

Pfizer’s dividend growth prospects are supplemented by its strong financial position. At the end of last quarter, the company held $36 billion in cash, short-term marketable securities, and long-term investments. Its current ratio is 1.6, which implies healthy near-term liquidity. Plus, Pfizer’s long-term debt to equity ratio is a modest 43%, meaning investors should feel good about Pfizer’s financial condition.

Pfizer’s dividend raise brings the dividend yield to 3.7% at its recent closing stock price—that is a significant premium to the overall market. The S&P 500 Index as a whole yields only 2% on average. Pfizer has generated solid earnings growth over the past several years, thanks to its strategies of boosting its drug pipeline and making key acquisitions. It has successfully navigated the post-Lipitor era.