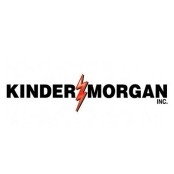 Pipeline firms are supposed to be boring. They are supposed to just sit back and collect the fees that energy processors pay to use their midstream systems. And if they drop those pipelines into a master limited partnership (MLP), those cash flows and distributions are even more lucrative and tax-advantaged.

Midstream giant Kinder Morgan (KMI ) has been anything but boring over the last few years.

From its decision to buyout its own MLPs to its recent overpromise of its dividend payment, the sector stalwart hasn’t been acting like a champion of its industry. And with KMI suffering, the question now is what will happen to “lesser” MLPs and their juicy dividends? Do investors actually have something to fear?

Kinder’s original move to eat its own MLPs was done in order to lower the cost of capital. As the largest midstream firm—with over 86,000 miles worth of pipelines, numerous terminaling assets and countless process facilities—finding growth at the firm was an expensive proposition. You need big projects to move the needle and actually contribute cash flows. MLPs are pretty much only allowed to use debt in order to finance acquisitions and expansion projects, as many institutional investors are banned from owning too high of a percentage of them.

By swallowing KMP (KMP) and EPB (EPB) units, Kinder Morgan could use KMI stocks shares as acquisition & merger currency—that is, until the sector started to break down ahead of the Fed’s interest rate decision. KMI shares have tanked hard over the last few months. That makes it difficult to use them as currency as no one wants them. And the firm has essentially been locked out of the capital markets thanks to all the debt it took on to swallow its MLPs.

Kinder Morgan was caught between a rock and a hard place. This position led it to take some pretty drastic measures. It cut its dividend by 75%. Just a few weeks ago, the midstream company was promising investors a 6% to 10% increase in the dividend next year. Now, they’ll only get around 50 cents in total.

While the move will most likely benefit Kinder Morgan in the future—as it will now basically be able to use cash flows to fund expansion projects rather than debt or equity raises—the question remains just how much collateral damage there will be. After all, if Kinder is suffering, smaller MLPs/midstream firms must be as well, right?

Are MLPs in Danger?

The long and short of that question is no, but with a few caveats. Many of Kinder’s problems are very Kinder specific. The firm’s leverage at 5.8 times earnings is significantly higher than its peers and its need to generate equity sales in order to fund expansion projects was much greater than many other MLPs. Remember, when you’re already the largest midstream firm, it takes big deals and projects to get the mojo going.

For those MLPs that have been funding their needs from cash flows — Magellan Midstream (MMP ), TC Pipelines (TCP ), Valero Partners (VLP) and the like — the risk to a dividend cut is pretty much nil. The story is much the same as it was before. The only difference now is that you can snag a higher yield buying today as shares have dropped and dividends have been increased.

Now for the highly leveraged large MLPs, that’s where the water gets a tad bit murkier. There could be some cuts and the moves to do so might be prudent. Although, the chances are still pretty slim. That’s because many pipeline MLPs are backed by strong general partners (GPs). Already, we’ve seen these firms come in and help out their struggling MLPs with IDR cuts, access to cheap financing/drop-down rates, share buybacks/purchase or private placements. All of these moves help reduce the risk of a dividend cut and free-up cash flows to continue paying those dividends.

Get Ready to Buy

Obviously, KMI stock is going to drop on the dividend cut news and it could cause plenty of weakness in the sector over the next few weeks. Even more so, when you consider that the Fed is going to be raising rates here shortly. All of this is going to send the Alerian MLP Index (AMLP) into a tizzy.

And that’s your cue to buy.

Over the longer haul, MLPs actually do quite alright in rising rate environments as the pace of dividend increases generally outweigh the pace of rate expansions. That plus bottom fishing in the units helps them go on to outperform stock in the months following a rate increase.

All in all, most MLPs should be just fine during the downturn. Kinder Morgan’s cut may be echoed by a few firms, but the reality is that the bulk of the sector is doing just fine. Investors now have a real opportunity to load-up shares, collect fat dividends and prepare for a rebound in crude oil.

Disclosure: Author is long KMI, TCP and MMP. However, he plans on selling half of his KMI position and rolling it over into other MLPs based on the recent dividend cut.