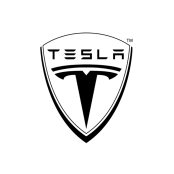 One of my favorite books of all time happens to be Rudyard Kipling’s Kim. The story takes place in India during the British Raj in the late 19th century and Kipling weaves a tale so enamored in detail that you really feel like you’re alive during the time period. The details really make you feel for Kim’s plight during the Great Game, and ultimately you as the reader become quite invested in the characters.

Sometimes, the hope and good story of a stock gets in the way of actual investable merit. It’s here that our human emotions get the best of us, buying on the hope only to lose out when the page turns. There’s plenty of examples of these so-called story stocks in the market place today. And they can be deadly for your portfolio.

I love Twitter (TWTR). The social media site can be used in a variety of ways to help disseminate information and get your word across. It’s an amazing service. It also could be one of the worst companies on the planet. It’s never been profitable, it didn’t have a CEO for what seemed like ages and it has basically zero economic moat. And yet it was worth $15 billion or so when it IPO’d, and at one point was up 93% intraday when it finally launched.

Twitter could be one of the supreme story stocks out there today.

A story stock is one whose current value is 100% derived from its expected, far into the future value rather than its assets, earnings, sales or dividends (the things Benjamin Graham taught us to focus on). Often, story stocks come with a hefty dose of media coverage talking about their potential and ability to change the world. They also come with a hefty dose of investors who have bought into that potential with such ferocity that they’ll fight you if you question it.

Don’t believe me? Go on to any Tesla (TSLA) message board and mention that TSLA isn’t profitable and yet sells for a $30 billion market-cap. That’s half as much as automobile blue chip Ford (F ), who will sell more cars this month than TSLA has ever.

And because of their constant presence in the public eye and media, story stocks continue to whip up frenzy, attract heavy trading volume, and experience big share price gains. That reinforces the feedback loop. “See, I told you that 3D Systems (DDD) was going to change the world!” Then the momentum fades, the stock plunges and a new story stock contender displaces the former king in the public’s eye and the cycle starts all over again.

Now don’t get me wrong, some story stocks do go on to achieve major successes and do go on to change their industries. But for every Google (GOOG) or Amazon (AMZN), there’s a hundred Dr. Koop.com’s. Most story stocks fail to live up to their promise and hype. They don’t change the world but rather crash hard.

Hazardous to Your Wealth

Now, there’s a difference between story stocks and traditional growth stocks. Although, you probably should leave those alone as well. The difference comes down to the zealotic nature of the story stock participants and those emotions can be a hazard to your portfolio.

Several academics and economist have finally began to quantify story stocks and their effects on returns. And the story isn’t pretty.

Bottom line? Story stocks stink long term. Highly publicized and talked-about companies tend to underperform those with little publicity and no “story.” The reason is that as they get hyped and share price grows, eventually the smart money realizes that the story stock is losing so much per unit that it’s unsustainable as a firm, or cash flows have deteriorated, or whatever. They then short the stock into oblivion and the game is done. Certainly, some of these story stocks stay alive, but at much, much less than they were going for.

The abject lesson in this is simply don’t buy a stock or sector solely based on its story or hype. While fundamentals can temporarily lose their lustre and decouple from a company’s stock price, inevitably they re-couple and timing when that might happen is a tough game.

While this approach might not be as fun as buying TSLA and watching it go up and up and up, it’ll be more rewarding and is definitely a replicable strategy.