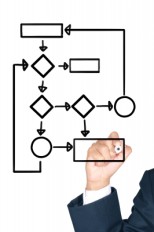 Dividend Trends for the Week: October 9

The analysts here at Dividend.com analyzed the search patterns of visitors to our site during the past week ending October 9, 2015. Below we give an analysis of how intelligently users used Dividend.com to help them in their investment decision-making process.

TD and Scotiabank feature in our Best Dividend Stocks list.

Investors might be querying them because these companies act as a ‘flight to safety’ in distressed economic times. With their exceptional dividend-paying record and their high ranking in global safety standards, these stocks are on the radars of dividend investors.

Banks typically put half of their income towards dividend payments. Interest rates are at record lows, consumer debt is at record highs, and low oil prices have pushed the Canadian economy into recession. However, the payouts of the three banks mentioned above are still quite affordable The chart below shows how the three banks weathered the 2008 recession. Their dividend payouts were extremely strong and did not budge.

Currently, Conoco Phillips (COP ) is spending too much of their cash flow on dividends. With an expected EPS of -$0.32 for December 2015, COP currently has a forward dividend payout of $2.96. The huge dividend payout did not help the stock in any way; it is currently trading at $55. Selling its western Canadian assets to pay for a dividend did not seem to make the stock attractive.

COP was recently downgraded from our Best Dividend Stocks list.

The Board of Directors of Ford Motor Company (F ) declared a dividend of 15 cents per share. The dividend is payable on December 1, 2015 to shareholders of record on October 30, 2015.

S&P revised its outlook on General Electric’s (GE ) credit rating to “negative” from “stable.” Meanwhile, Peltz Trian has become a top shareholder in GE .Trian acquired 98.5 million shares, or about 1% of the Fairfield, Connecticut company. GE shares rose almost 4%, or $1.01, to $26.48 in morning trading Monday. Its shares are up about 4.5% so far this year.

Potash Corporation just cancelled its $8.7 billion offer to buy German producer K+S AG. Acquiring K+S would have given Potash Corp. control over about 30% of the potash market. Timing for the hostile offer was not good as investors turned bearish on the potash market and stock prices of potash producers have fallen on average by 35-40%.

We at Dividend.com know how technology is interwoven in our daily lives. Dividend.com has become a central source of information for all things dividends on Wall Street. By analyzing how you, our valued readers, search our property, we hope to uncover important trends that help forecast stock market performance. Every Friday, we’ll share these search patterns for the week that went by in order to assist you in making insightful decisions for your portfolio.

Image courtesy of pakorn at FreeDigitalPhotos.net