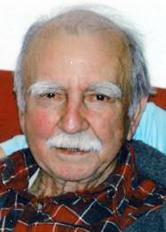 Slow and Steady DOES Win The Race

In these pages we often write about complicated topics, dissecting them into digestible bites for the discerning investor. In the last number of months we’ve written about topics like LEAPs, warrants, and have penned a number of pieces related to macro economic headlines, including oil’s rout (we even looked at this through the lenses of a number of different investing vehicles in this two part series: Part 1 and Part 2).

But sometimes the brilliance is in the simplicity.

Amongst an entire rolodex of excellent quips, Buffett once referred to his investing strategy as “lethargy bordering on sloth”. Sometimes, when it comes to investing, we get a glimpse into how a ‘steady-Eddie’, long-term strategy of consistently investing in dividend paying stocks and compounding those dividends via reinvestment can pay off in very relatable ways.

We have a great page with a number of illustrations to show you this visually, for example, our DRIPs page. You can also see insightful charts on how much dividends impact the total return of the S&P 500 (by decade) or how much the S&P 500 Dividend Aristocrats outperform the broader index on this page.

Of course, these are just different ways of illuminating the power of a long-term, dividend oriented strategy focused on consistency and growth of payout, with a healthy dose of consistent contributions.

All that said, and all the academic papers and historical analysis can be excellent tools to drive home this point, but personifying it can be powerful too. Enter Ronald Read stage left.

If that name sounds unfamiliar, you’re not alone, at least you definitely wouldn’t be up until a week ago. Ronald Read was a Vermont man, an ex-gas station attendant and janitor, who died recently. He was 92 years old. What caught the media by storm was that this seemingly poor, frugal man, was anything but. Read, who never had a high paying job and never spent much money (according to all available reports), amassed an $8M portfolio – which he donated the vast majority of to charity.

But how did the man who presented himself as so poor that, “10 years ago (Dummerston) resident Ruth Marx knitted a hat for Ronald Read because she thought the modest and simple Read could use some extra help to make it through the winter”, amass such a fortune?

According to his attorney (in a CNN Money piece), “dividend producing stocks”.

The story is fascinating, but most fascinating is how simple his approach seemingly was. He invested in high quality dividend stocks early and often, reinvesting when dividends were paid and letting Einstein’s, “8th Wonder of the World”, take hold (that is, compound interest).

Of course it is also fascinating from a human interest perspective to understand why Read carried himself in a seeming state of disrepair, but that analysis is not for these pages. I am interested in his portfolio and how he grew one that was $8M in size, a figure that most retail investors would be thrilled to amass.

According to his estate’s executor, Claire Johns, Read’s portfolio was riddle with dividend stalwarts including: Wells Fargo (WFC ), Procter & Gamble (PG ), Colgate-Palmolive (CL ) and American Express (AXP ), among many others. The portfolio was relatively diversified with the largest position (Wells Fargo) comprising slightly more than 6% of the portfolio.

While we won’t admit we’re yet “blue in the face”, we’ll keep espousing the sanctity of a long-term dividend investing strategy. We’ll keep talking about the major, tectonic macro economic events that can affect things like interest rates and job claim numbers, and we’ll keep rating a universe of more than 1,600 dividend paying equities.

We’ll also keep our eye out for human interest stories like Ronald Read who personify the long-term strategy we live, eat and breathe. We can all do it, as long as we stick together. We too can be dividend millionaires.

Have a great weekend, talk to you all next week!