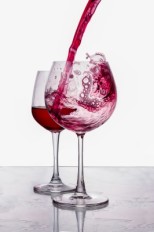 Feel the Buzz with These Dividend-Paying Alcohol Stocks

Every investor is looking to make the most of each dollar, and investing in dividend stocks is a great way to generate regular investment income each year.

The alcoholic beverage industry includes a number of companies that pride themselves on paying consistent, and often increasing, dividends. In addition, many of these same companies exhibit remarkably consistent bullish tendencies, even when other sectors flounder. In fact, analysts have found that so-called “sin stocks”, such as alcohol, tobacco and gambling stocks, actually tend to outperform the market over time.

Though no sector is recession-proof, purveyors of alcoholic beverages tend to recover from a slump pretty quickly, making them solid growth investments. The sector’s generous dividend history and stable growth are a reflection of the popularity of its products, even during times of economic turmoil.

Alcohol: Your Friend in Good Times and Bad

It should come as no surprise that the alcohol industry remains relatively stable in bear markets as well as bull. The logic of this success is clear: people all over the globe use alcohol for pretty much everything. Feeling down? A drink with friends will probably cheer you up. Celebrating a promotion? Break out the champagne! Visiting a friend for dinner? It’s only polite to bring a bottle of wine for the table.

Drinking, whether in moderation or to excess, is an important part of most cultures around the world, and the strength of the alcoholic beverage industry reflects its universal appeal.

A Look at the Numbers

Nothing illustrates a point like some solid statistics, so try these on for size. In 2014, Americans spent around 1% of their annual income on alcohol. Those earning $70,000 or more per year spent an average of $850 on booze, which is more than 1.2%. That’s an average, so of course some people spent less, but some spent much more. Even among the less affluent, the percentage of annual income spent on alcohol hovered around 1%.

Now, this may not mean that Americans are drinking more, but they are certainly spending more. The average prices of beer, wine and spirits sold in liquor and grocery stores have increased between 5% and 7% in the last two years alone. This means Americans have to spend more to get the same buzz. Whatever the reason, profit is profit and the brewers, bottlers, and distributors of alcoholic beverages are raking it in.

The truth is, alcohol is a consumer favorite no matter the price or the economic climate. Even after the great stock market crash of 2008, when millions of Americans were frantically tightening their purse strings, annual per capita alcohol consumption only dipped by 0.05 gallons. During a time when some people lost everything, Americans only cut down alcohol consumption by 6.4 fluid ounces per year. This reduction was quickly corrected, and 2012 saw alcohol consumption reaching new heights once again.

The Benefits of Booze

For ideas on how to round out your portfolio, check out our list of Best Beverages – Brewers’ Dividend Stocks for up-to-date information on the dividend yield and current pricing of some of the most popular stocks in the alcoholic beverage industry. In the meantime, peruse the below list of some of the best dividend-paying stocks in the sector:

Anheuser-Busch is by far the leader of the pack, with over 200 beer brands alone. In addition to Budweiser and Bud Light, BUD also owns consumer favorites Corona, Stella Artois, Beck’s and Modelo. As of September 18, 2015, BUD stock closed at $114.33, almost exactly its price one year ago. In fact, the beverage giant is so stable, its stock price has hovered comfortably between $100 and $130 per share all year long.

Anheuser-Busch is also a favorite among dividend investors, issuing some of the most generous semi-annual dividends around. In 2015, BUD issued total dividends of $3.47 per share, up from $2.81 per share in 2014.

The Molson Coors Brewing Company is another big player in the alcoholic beverage industry. The company behind popular brands like Miller Genuine Draft, Coors Light, Blue Moon and Keystone Light has seen its stock price double since June of 2013, reaching an all time high of $84.38.

This London-based company is behind many popular spirits, beers and liquors. Guinness, Baileys, Johnnie Walker, Captain Morgan and Smirnoff are all Diageo brands, which accounts for its success. Diageo has seen steady growth in the past five years, oscillating between $109 and $120 for the past several months.

Though it carries less name recognition than BUD or TAP, the Kentucky-based Brown-Forman Corporation is behind a wide variety of popular beverages including wines, ready-to-drink cocktails, vodka and tequila. Southern Comfort, Jack Daniels and Gentleman Jack are all BFB labels.

STZ is newer to the dividend game but has made a fairly strong showing, issuing 31 cents per share in dividends in May and August 2015. STZ most recently closed at $127.35, more than double its price in September of 2013.

However, the stock has previously shown an inclination to split when share prices get above $60. Between 1992 and 2005, STZ split four times. Without a share split in the last ten years and its stock price continuing to rise, STZ may be one to watch. Investors who buy in before a split stand to reap even bigger rewards if the company continues to pay dividends.

A Toast to the Future

The future for the alcoholic beverage sector is pretty bright. With the increasing popularity of craft brewed beers and high-end spirits among millennials, analysts are optimistic that the industry’s growth won’t be slowing down any time soon. Studies have shown that millennials are willing to spend good money on unique, finely made beers, ciders, bourbons and wines. In the next two to five years, as this generation ages and its earning power increases, millennials’ desire for high-quality products will continue to stimulate growth in the alcohol sector. In addition, continuing improvement in the American economy in general should contribute to the bullish trend.

Growth in the beverage sector is expected to be horizontal as well as vertical. In addition to increased revenues for existing products, analysts expect that the lack of brand loyalty among millennials, along with their taste for unusual, adventurous products, will result in an increasingly diverse range of beverages designed to meet the generation’s discerning palate.

The alcoholic beverage sector is often considered a safe-haven during bear markets because of its stability and non-cyclical nature. If you’re looking for an investment that provides stable growth over time and pays consistent dividends, look no further. Companies like Anheuser-Busch and Molson Coors provide products that consumers reach for year round, in good times and bad, making these stocks solid additions to any portfolio.

Image courtesy of cbenjasuwan at FreeDigitalPhotos.net