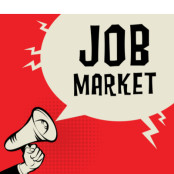 It will be the first week of the Q1 2018 earnings season, but we will not see any major large-cap earnings. On the other hand, despite the looming threat of a major trade war that could derail the U.S. economy, there will be plenty of positive economic data to keep investors motivated about the bullish bias in the market.

Although the U.S. real GDP grew by 2.5% in Q4 2017 as per the second estimate, most savvy investors will look under the hood and try to figure out if the unemployment rate would drop below 4% or not. There was some good news last month that the labor participation rate is increasing, thanks to a robust job market that pushed wages higher in recent months. Hence, if we see more people looking for jobs in March, it might keep the national unemployment rate just above 4%, which will deter the Fed from taking any drastic policy actions.

To sum up, after the S&P 500 Index jumped 2.7% last Monday, it is hard to predict the directional movement of equities. However, it is certain that political meddling in the free market will make the case for a highly volatile market.

Check out last week’s Market Glance here in which investors were concerned about the slow pace of GDP growth in the U.S.