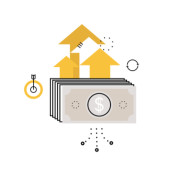 The last couple of years have thrown some pretty big investing ‘truths’ out of whack.

The biggest of which might have been the notion that smaller stocks tend to beat large-caps. While normally, there have been plenty of times where they flip-flop, the longer-term trend has always been small beats large. However, since about 2013, that hasn’t been true.

And according to the investment professionals at Oppenheimer Funds, the shift could last a bit longer as trends continue to be favorable for larger stocks.

For investors, this poses an interesting question on just how to allocate their portfolios going forward. If Oppenheimer is correct, overweighting large-caps even more than normal could be warranted.

For investors seeking income, the time to bet big on Europe could be...

Check out the latest update of Best Dividend Stocks List, wherein a confectionery...