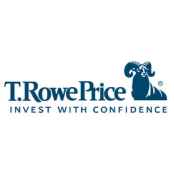 The asset management industry has been undergoing a fundamental shift. This article explores whether there is value in including a company that manages retirement money in your retirement portfolio.

The asset management industry is in the middle of a big shift in its business model. Despite the recent rise in stock markets, investors’ money has been moving away from actively managed funds. Passive asset management (e.g., ETFs) saw an inflow of half a trillion dollars in 2016, whereas 100s of billions of dollars (hedge funds included) have made their way out of active management. While total assets under passive management are still much smaller when compared to active management, the trend is loud and clear. Even Warren Buffett has been recommending passive, low-cost funds.

None of this is a surprise as a majority of actively managed funds lag behind the broad market indices. For companies like T. Rowe Price that depend on management fees earned from active management, this poses a substantial risk. This is already reflected in their corporate results. The net income has stagnated around $1.2 billion in the last three years (2014 to 2016), and this is a big reason why the stock has underperformed as compared to broad market indices.

Positioning for the Future

BlackRock (BLK ), which is the largest asset management firm in the world, has managed to stay ahead of the curve by becoming the most significant player in ETFs. That hasn’t been the case for T. Rowe Price, which responded to the market shift by finding other methods of differentiation.

For instance, back in April 2016, the company diversified its equity fund lineup by launching three new funds that will leverage its quantitative management capabilities. It has grown its U.S. intermediaries AUM (assets held for other financial intermediaries) from $85 billion in 2008 to $380 billion in 2016. The rate of growth is almost three times faster than the entire U.S. intermediaries market during that timeframe.

In the last decade, there has been a trend of companies delaying listing on public exchanges due to the easy availability of venture capital (e.g., Uber, Pinterest, Dropbox) and increased regulatory requirements. Large institutional investors like mutual funds have taken notice and started to invest in these pre-IPO companies. For instance, Fidelity’s Contrafund and T. Rowe Price’s New Horizons Fund are a few of the largest funds to invest in private enterprises. T. Rowe Price has held positions in some of the stars of the modern age like Uber, Eventbrite and SurveyMonkey, to name a few. In their annual letter to investors, the fund recently noted that a total of $1.2 billion invested in 63 pre-IPO companies has resulted in a weighted return of nearly 35% since 2009. As per Henry Ellenbogen, the fund manager for the New Horizons Fund, these private investments have helped the fund beat 97% of its peers.

Another positive for the company is that a majority of the AUMs are under retirement and annuity funds. An aging population will provide “stickiness” to its overall product portfolio. For instance, rising interest in target-date funds that change the asset mix with a target retirement date in mind is a positive move in this direction. As per the company’s 2016 annual report, 96% of its retirement funds have beaten their 10-year Lipper averages as of December 2016.

The above factors prove that it is not all doom and gloom for the active asset management industry. While the active management industry overall has seen an exodus of funds, T. Rowe Price saw steady growth in AUM ($692.4 billion in 2013 to $885 billion at present). In Q2 2017, results reported the company recorded a 12% growth in net revenues, 15% increase in adjusted diluted earnings per common share and also a 15% increase in average assets under management compared to the same quarter last year.

Want to retire in peace? Follow our Retirement Center.

T. Rowe Price as an Investment

For the last five years, the TROW stock has underperformed the S&P 500 and the NASDAQ Asset Manager Index as investors saw their income stagnate in the previous three years.

The company has not been holding back on the dividends as payouts have increased more than 11% in the last five years. It has a current yield of 2.75% and is a dividend aristocrat that has been growing dividends for 30 years (including the time of the financial crisis in 2008). Payout ratio and free cash flows suggest that the company should be in a comfortable position to pay dividends in the future. Its P/E ratio of 16.2 is lower than that of the S&P 500 and BlackRock, and close to par with Bank of New York Mellon (BK ) and Franklin Resources (BEN ) – the holding company for subsidiaries like Franklin Templeton.

Find out all the other companies that have increased their dividends for more than 25 consecutive years, in our 25-Year Dividend Increasing stocks page.

There are some negatives for asset management companies given the shift towards passive, low-cost asset management. While income has stagnated in the last three years, T. Rowe Price has been able to grow its AUM in the previous five years, and the recent quarter results are encouraging. The company has a long history of paying dividends and the trend is likely to continue in future. While it may not have sufficient exposure to passive management, it has other strengths to bank on (e.g., a business based largely on retirement and annuity funds that will provide long-term growth).

Check out our Best Dividend Stocks page by going Premium for free.