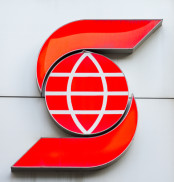 In many ways, this week is not much different from the last one. Similar to last week, dividend-paying Canadian banks have attracted our readers and two are present on our list. Bank of Nova Scotia and Toronto-Dominion Bank have both released strong financial results for the last quarter, proving once again the resilience of the Canadian banking system. Altria Group and Phillips 66 have also made it on our list – in no small part because of their juicy dividends.

Bank of Nova Scotia has seen its viewership rise 108% over the past week, as shares continued their upward ascent on better-than-expected earnings. Shares in the firm are up 0.23% over the past five days, but have increased more than 32% since the beginning of the year.

On August 30, the bank said that both revenues and profits were up in the fiscal third quarter compared to the same period a year ago. On income of $6.64 billion, the company earned $1.55 per share, beating expectations of $1.46 per share. Last year the company reported $6.12 billion of revenues and $1.85 billion of profits. The impressive results were largely due to lower provisions for losses related to the energy sector, with management saying these peaked during the second quarter. Consequently, the firm raised its quarterly dividend to $0.74 per share from $0.72.

However, worries remain, particularly in the housing sector. The company said that the residential markets in Vancouver and Toronto are overheating, with a national price index up nearly 11% in August year over year. As a result, the bank made clear that it was retreating from these markets by making fewer loans and deliberately ceding market share to its competitors as part of its conservative lending policy.

Midstream energy company Phillips 66 has taken the second spot in our weekly list with a 56% rise in viewership, as the stock made headlines after legendary investor Warren Buffett acquired more shares. The stock has risen slightly over the past few days, but is down more than 3% since the beginning of the year.

Buffett’s investment vehicle Berkshire Hathaway bought about $1.4 billion worth of additional shares in the last quarter, increasing its stake to as much 15.2%. Although the investor did not reveal details about his investment, there are rumors in the market that he could stage a takeover bid. Buffett’s buying activity came at a time when the company’s stock appreciation has been lackluster, with its dividend yield of 3.2% exceeding capital appreciation. However, Buffett is clearly betting on a recovery in the oil market and is buying at the bottom, which apparently is not here yet. The company’s revenues and profits fell over the previous quarters, disappointing analysts. On top of falling earnings, the company has been under investigation from California’s authorities for artificially raising gasoline prices in the state.

In third place is another Canadian bank that has issued a spectacular earnings report in the last quarter. Toronto Dominion Bank’s viewership shot up 38% in the past week, along with its stock price. The second-largest Canadian lender by assets climbed nearly 3% in the past five days on an upbeat fiscal third-quarter earnings release. Year-to-date, the shares have soared nearly 16%.

Profit for the third quarter rose 4%, largely because of increased activity in the U.S. and gains from wholesale banking. Excluding certain items, profit came in at C$1.27 per share, trumping analysts’ forecasts of C$1.21. Although Canadian retail operations proved a headwind for the company’s results, the U.S. branch registered a 17% increase on higher lending activity. Toronto Dominion could benefit further, if the U.S. Federal Reserve hikes interest rates this year. The Fed’s Chair Janet Yellen recently indicated economic data warranted an interest rate increase. However, policymakers could have second thoughts now that the unemployment rate edged up to 4.9% and the economy added fewer jobs than expected in August.

Altria Group is a company that has not been generating much news lately, thanks to its lack of explosive elements, as it operates a mature business and pays regular dividends. However, our readers are apparently interested in the stock, with viewership growing 36% compared to the week-ago period. The stock itself has risen nearly 2% over the past five days, and as much as 15% since January.

Altria has been in the news lately more due to its involvement in the large beer deal between SABMiller and Anheuser-Busch InBev, which is worth around $105 million. Altria owns 10% of SABMiller and is expected to receive cash and stock for its stake. This way the company will get an immediate financial gain and could possibly increase its dividend when the deal completes. It will also reap longer-term benefits from the combined company’s growth over the next five years. Under the terms of the agreement, Altria will not be able to sell its shares over the next half- decade.

Splendid quarterly results at two Canadian lenders have propelled their shares higher this week and attracted an increase in traffic. Bank of Nova Scotia and Toronto Dominion both reported strong results for the fiscal third quarter, once again proving the Canadian banking sector is in great shape. In addition, Phillips 66 made investors raise eyebrows when legendary value investor Warren Buffett significantly raised his stake. Lastly, Altria has seen its viewership increase for its involvement in a large beer deal.