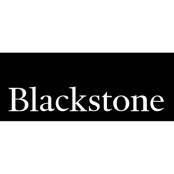 There are plenty of asset managers on the planet, but only a few have moved into the upper echelon of firms. Global powerhouse Blackstone (BX ) is one of those companies.

With assets under management bigger than the GDP of some countries, Blackstone has its hands in everything from private equity buyouts and hedge funds to real estate and credit management services. This size and scope has made it a profit machine over the years — even more so since the end of the recession. And since becoming a public company, investors have been able to cash in on BX’s successes.

For dividend investors, the private equity manager offers a unique chance to play the world of high finance and collect some hefty distribution checks along the way.

A Giant in the Industry

Blackstone has come a long way since its founding in 1985. Back then, there would be no way it could have swallowed roughly $14 billion worth of real estate assets that a desperate General Electric (GE ) needed to sell. But with assets under management of over $344 billion, that sort of deal is just a drop in the bucket for BX these days.

Blackstone made its name as a private equity player. Taking outside funds from investors and its own capital, BX would find distressed or deep-value firms and take them private. After wringing out inefficiencies and boosting profits, Blackstone would either exit the investment via the IPO or keep collecting the newly found cash flows ad nauseam.

That business is still here and is the core of Blackstone’s profits. Today, BX’s private equity portfolio spans nearly 92 firms — including names such as fashion house Versace and LNG exporter Cheniere (LNG) — and produces $81 billion in combined annual revenue for Blackstone and its investors.

However, for BX, private equity is no longer the only game in town.

The firm has expanded heavily into new areas beyond leveraged buyouts and private equity funds. This has included expanding investments in credit via CLO management, senior debt and mezzanine lending; hedge funds for high-net-worth and institutional investors; a monster real estate portfolio covering properties around the world as well as commercial/residential mortgages; and finally mutual funds and publicly traded vehicles — such as Blackstone Mortgage Trust (BXMT )— for regular Joes.

All in all, it adds up to a monster asset manager that has seen its assets quadruple since the recession.

Still Potential Ahead for Blackstone

The real beauty for Blackstone is in its potential. Believe it or not, BX is relatively free from regulation. New rules such as Dodd-Frank and the Volcker Rule have hurt its “bank-like” rivals. Since becoming a bank, Goldman Sachs (GS) can’t actually do much proprietary trading, while hefty capital requirements at the largest of banks — such as Citigroup (C ) and J.P. Morgan (JPM ) — mean they can’t do mega-deals and large merchant bank transactions anymore.

For a firm like Blackstone, that’s a godsend. Ultimately, financial regulation is discouraging banks from engaging in certain activities. And that’s left the door wide open for private equity firms. Today, Blackstone can advise on a leverage buyout fund and make the loan for that buyout from another subsidiary.

Additionally, those 92 portfolio companies on its books and in its funds offer plenty of exit event potential. One of the reasons BX has been so successful is that it often eats its own cooking and plows some of its own capital into the various private equity funds it manages. That means when it takes a firm public, it gets to cash in as well.

At the end of the day, all of this asset management and fee income and these cash flows and dividends equate to some big time profits for investors.

Since the recession, Blackstone has managed to realize a compound annual growth rate in terms of revenues of nearly 33%. Those revenues have translated to rising profits and cash flows at the firm. This year, analysts estimate that BX should see a 36% jump in profits, while seeing a 28% jump next year.

The real win for investors is that BX kicks out much of its cash flows back as dividends. The firm’s shares are structured as a limited partnership. So as BX earns its fee income, cash from exit events/IPOs and interest income from loans, it passes that through to investors. The rub is that its dividends are very, very, very lumpy.

For example, thanks to some less than stellar performance at its hedge funds, Blackstone only gave out 28 cents per share. The previous quarter, it handed back 61 cents. However, the year-over-over trends continue to be higher.

Ultimately, this can be seen as a total return play — dividends plus capital appreciation — or a stock whose income can be used as an extra boost for a portfolio.

As one of the biggest private equity and asset managers out there, Blackstone continues to deliver on the profit and cash flow fronts. And it should be able to keep that going for the foreseeable future. What’s even better is that those cash flows continue to drip into investors’ pockets via high dividends — currently at a yield of 3.91%.