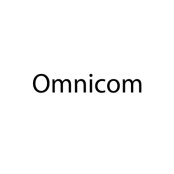 Dividend stocks are hugely popular nowadays, and it’s not hard to see why. In an uncertain global economy with a high level of market volatility over the past few years, many investors rely on the dependability of quarterly dividend payments. Moreover, the continuation of the Federal Reserve’s low interest rate policy has left yields low across asset classes. The result of all this is that investors are starved for yield.

Fortunately, investors can find satisfactory yields in the stock market without having to take outsized risks. The answer is in dividends. Stocks that pay dividends provide regular income. Even better, the highest-quality companies are in strong enough financial condition that they can raise their dividends each year as their sales and earnings increase. Omnicom Group (OMC ) is one such stock. It has a strong business model and rewards shareholders with an above-average dividend yield compared to the S&P 500. What’s more, Omnicom is an excellent dividend growth stock. On May 24, the company raised its quarterly dividend by 10% to 55 cents per share, payable July 11. On an annualized basis, the new dividend rate will be $2.20 per share. This comes out to a 2.6% current dividend yield based on the May 27 closing price of $82.64 per share.

Omnicom might not be a household name for investors, but it deserves mention as a strong dividend growth stock. Omnicom is an advertising, marketing, and corporate communications company. It has a highly diversified business across its client base. Last year, no single client made up more than 2% of Omnicom’s total revenue. The business is also evenly spread out across business sectors. No individual industry group represented more than 13% of its revenue last year. Furthermore, the company has over 5,000 clients located in more than 100 countries around the world. As such, Omnicom derived 44% of its revenue last year from outside the United States.

Omnicom’s geographic diversity is a strength, but it can also hurt the company when the U.S. dollar is strong. A high U.S. dollar erodes revenue growth from outside the United States. This is why Omnicom’s revenue fell 1% last year; unfavorable currency exchange rates shaved $1 billion off Omnicom’s revenue. Excluding currency paints a much better picture for the company. Stripping out foreign exchange, Omnicom grew organic revenue by 5% in 2015, year over year.

Omnicom’s greatest strength is its highly successful advertising business, which represented 51% of its revenue last year. Advertising revenue was also Omnicom’s fastest-growing segment last year, as it increased organic revenue by 9% in 2015. No other segment posted more than 2% organic growth last year, and that was the specialty communications group, which is Omnicom’s smallest segment.

Omnicom’s low growth is likely a near-term concern, but it is important to take a long-term view. Looking back further, it is clear that Omnicom is a highly successful company. It has generated strong growth in revenue, earnings, and free cash flow over the past five years. From 2011 to 2015, the company grew revenue and earnings by 9% and 32%, respectively. Omnicom doubled its shareholder dividend in this time period. It ended the year with a strong balance sheet and a long-term debt to equity ratio of 32%.

Unfavorable foreign exchange is a headwind, but big fluctuations in the currency markets are often short term. Furthermore, Omnicom has an entrenched position in its industry, which has led to high profitability and growth from year to year.

The company is doing well so far in 2016. Earnings grew 8% in the first quarter. Revenue was up just 1%, again weighed down by the strong U.S. dollar. Omnicom’s organic revenue increased 3.8% year over year. Again, advertising led the way, growing revenue by 7% for the quarter. Geographically, Omnicom’s strongest markets to start this year are Asia-Pacific and North America, which grew organic revenue by 5% and 4%, respectively.

Investors have several reasons to believe that Omnicom will be able to sustain double-digit dividend growth each year going forward. First, it has a low payout ratio, which is the percentage of a company’s earnings that is distributed as a dividend. Omnicom is projected to earn $4.73 in earnings per share this year. Even after raising its dividend by 10% this year, the new dividend rate still represents just 46% of its projected 2016 earnings per share. The payout ratio is less than half of earnings, which leaves plenty of room for 10% dividend growth, as earnings are expected to continue growing as well. Omnicom is expected to grow earnings per share by 9% in 2017 to $5.18 per share.

Above-average dividend stocks with strong business models and sustainable growth are difficult to find these days. The highest dividend yields in the stock market are typically an indication of a company in financial trouble. Fortunately, investors don’t have to take huge risks to earn solid income. Omnicom yields approximately 50 basis points above the S&P 500 average dividend yield, and it has a highly profitable business with a proven track record of growth. As a result, it is a top dividend stock.