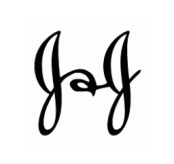 Health care giant Johnson & Johnson (JNJ ) is one of the most legendary dividend stocks of all time. It has achieved a remarkable track record of consistently paying dividends without interruption; J&J has now increased its dividend for 54 years in a row, making the company a Dividend Aristocrat more than twice over. On April 28, it extended its streak to 54 years by raising its dividend by 6.7%, from 75 cents per share quarterly to 80 cents per share quarterly. The new annualized dividend of $3.20 per share represents a 2.8% yield based on the April 29 closing price of $112.08 per share.

The company has achieved such spectacular dividend growth because of its large, diversified business that extends across pharmaceuticals, consumer health products, and medical devices. J&J is the world’s sixth-largest consumer health products company, the sixth-largest biologics company, the fifth-largest pharmaceutical company and a huge medical device company as well. Furthermore, these products command leadership positions. The company states that approximately 70% of its sales come from products that enjoy either the no. 1 or no. 2 global position in their respective categories.

Thanks to its diversified business, J&J has achieved 31 consecutive years of adjusted earnings growth, and it is one of only two companies to hold a “AAA” credit rating from Standard & Poor’s. In 2015, sales fell 5% to $70.1 billion, but it should be taken into consideration that the bulk of the revenue decline was due to currency fluctuations and divestments. The rising U.S. dollar has eroded the value of international sales for all multinational companies and, as such, J&J’s revenue was reduced by 7.5% last year solely because of foreign exchange fluctuations. Excluding these factors, which are often short-term in nature, J&J’s worldwide operational sales grew 6.5% last year, while adjusted diluted earnings per share increased 5.8% for the year. All three of J&J’s reporting segments grew revenue last year. On an operational basis, worldwide medical device sales rose 2.5%, consumer products sales grew 4% and pharmaceutical sales were up 11%.

The company continued its strong performance into 2016. Total sales inched up 0.6% in the first quarter, but excluding currency and divestments, operational sales increased 6%. Adjusted earnings per share increased 10%. On an operational basis, medical device sales were up 0.5%, while consumer sales fell 0.2%. However, this was more than offset by an 8% increase in operational sales of pharmaceutical products. J&J’s robust pharmaceutical pipeline will likely fuel its future growth. The company has more than 100 drugs marketed, 35 of which generate more than $100 million in annual revenue, and 11 of which generate at least $1 billion in sales. J&J is performing very well in the U.S. right now; domestic sales increased 7% in the first quarter, which helped to offset weakness in international regions caused by the strengthening U.S. dollar.

Going forward, management expects another strong performance for the full year. Along with its first-quarter results, the company raised its full-year guidance. Looking further out, J&J is expected to grow earnings by 5.6% in 2017. The company is very highly profitable and is steadily growing earnings, which leaves more than enough room to continue raising its dividend.

There aren’t many companies that investors can safely assume will continue to raise their dividends each year without interruption, but J&J is certainly on the list. Its diversified business across market segments, excellent balance sheet, and stable earnings growth should give investors full confidence that its legendary dividend growth streak will continue for many years. Moreover, the company has a modest payout ratio. According to 2017 earnings estimates, the new dividend level of $3.20 per share still represents less than half of its projected EPS. A payout ratio of below 50% is a very healthy level.

Going forward, Dividend.com expects consistent dividend growth in the high single digits. We are modeling 7% dividend growth each year over the next several years. Under this scenario, J&J will pay a $4.19 per share annual dividend by 2020.

J&J is facing some significant headwinds which are impacting its growth. Primarily this involves the rising U.S. dollar which is eroding the revenue generated in international markets. Since J&J derives approximately half of its total sales from international regions, the strong U.S. dollar could continue to limit its earnings growth. But foreign exchange is often cyclical. J&J continues to report excellent growth excluding foreign exchange, and its domestic business is performing very well.

J&J stock has rewarded shareholders with steadily rising dividends for decades and will very likely continue that policy for the foreseeable future. In addition, the stock has performed ahead of the S&P 500 over the past year. Income investors should view J&J favorably as it remains a top dividend stock.