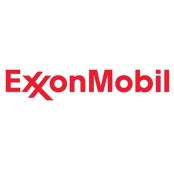 The drop in commodity prices over the past two years has had a devastating effect on the oil and gas industry. Many companies have declared bankruptcy or are on the brink of doing so. Fortunately for investors, the best operators in the industry continue to perform relatively well in comparison to the broader energy sector. Integrated giant Exxon Mobil (XOM ), the largest publicly-traded oil company, is a prime example of an industry leader.

Exxon Mobil has remained profitable throughout the crash and has consistently rewarded shareholders with dividend payments—even though its fundamentals are challenged by falling commodities. The company is a Dividend Aristocrat and preserved its reputation as a strong dividend stock when it increased its dividend on Apr. 27. The new dividend rate will be $0.75 per share quarterly, or $3 per share annualized. This compares with the previous quarterly dividend of $0.73 per share. It is a 2.7% dividend increase from the prior payout.

Exxon Mobil has a very long history of paying dividends. The company has paid uninterrupted dividends for more than 100 years. This dividend increase makes 34 years in a row of consecutive annual payout increases. This track record shows the strength of Exxon Mobil’s business. It operates in a highly cyclical industry yet it continues to pay steady dividends.

Exxon Mobil has had a tough year, clearly due to the steep collapse in oil and gas prices. However, its fundamentals have held up relatively well. Exxon Mobil still earned $16.2 billion in profit last year. It generated a 7.9% return on average capital employed, which was far higher than most other companies in its integrated peer group.

Exxon Mobil has accomplished consistent profitability and positive returns on capital by focusing on efficiency and cutting costs everywhere it could. It slashed its stock buyback program by $9 billion last year. Capital and exploratory spending came in at $31.1 billion last year, down 19% from the previous year. Another key factor helping Exxon Mobil’s profits stay afloat is its huge refining business. Refining actually performs better when oil prices decline, because lower oil means lower feedstock costs and higher refining margins. Exxon Mobil’s downstream earnings more than doubled last year, to $6.5 billion. It has continued to generate profits this year. The company earned $1.8 billion in its first quarter, thanks largely to a 33% reduction in capital spending.

Exxon Mobil stock scores moderately well on the dividend uptrend metric, which is based on P/E ratio. Exxon Mobil’s P/E based on 2016 earnings estimates is 37 times; according to the DARS system, a P/E ratio of 13.3-20 times earnings is the optimal level. As a result, Exxon Mobil earns the third-highest recommendation under dividend uptrend.

The DARS system views the optimal payout ratio to be between 35%-55%. This indicates the ideal balance between companies with too low payout ratios, which are often not serious dividend payers, versus companies with too high payout ratios that can limit dividend growth. Exxon Mobil’s payout ratio is 123%. Therefore, Exxon Mobil gets the lowest recommendation from the DARS system in terms of dividend reliability. One factor hurting Exxon Mobil’s dividend reliability is that it recently had its credit rating cut. Previously it held the highest credit rating from Standard & Poor’s at ‘AAA’.

Exxon Mobil increased its dividend by a relatively small amount in comparison to previous increases. While the 2% dividend raise isn’t much to get excited about, considering how many energy companies have cut dividends in the past year, investors should feel great about getting any increase at all. Over time, if commodity prices continue to recover from their Feb. 2016 lows, the company should be able to increase its dividend at higher rates as its earnings recover. As a result, we are modeling 5% dividend growth over the next two years, followed by 10% dividend growth thereafter. Under this scenario, Exxon Mobil’s annual payout will reach $4 per share by 2020.

Exxon Mobil’s dividend increase takes the current dividend yield to 3.4%. While the dividend yield of a stock can fluctuate daily depending on the underlying share price, this currently scores highly on the DARS system. According to the model, the ideal dividend yield is between 2.34%-3.9%. This level of yield provides an above-average yield, but also a sustainable dividend. Stocks with abnormally high yields are in danger of cutting dividends. As a result, Exxon Mobil gets the highest recommendation on the DARS system for yield attractiveness.

Exxon Mobil has had a difficult time during the current crisis. It has demonstrated its underlying business strength with consistent profitability and continued dividend increases. However, it scores poorly on certain metrics under the DARS system. Overall, Exxon Mobil scores the third-highest recommendation level.