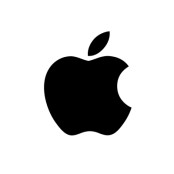 Technology giant Apple, Inc. (AAPL ) disappointed investors when it released fiscal second-quarter results, and the stock fell 5%. But underneath the pessimism, the company also announced a significant boost to its capital return program. Although its growth rate is slowing, Apple generates huge amounts of free cash flow. This allows it to continue rewarding shareholders with increasing cash returns, including dividends and stock buybacks.

Apple announced both a 10% dividend increase, and also added $35 billion to its stock buyback program. In all, the company will raise its total shareholder capital allocation by $50 billion. The company now expects to spend a total of $250 billion under its current capital return program, which will conclude at the end of March 2018.

Apple stock has not performed well in recent months. Shares have lost 27% over the past one year. However, earlier this year the company committed to raising its dividend each year, which is a positive for income investors. Apple’s annualized dividend goes to $2.28 per share. Based on its Apr. 28 closing price of $94.81, the dividend now yields 2.4%. This is a higher yield than the S&P 500 Index. Due to its above-average dividend yield, high dividend growth, and low payout ratio, Apple is an attractive dividend stock.

Last quarter, Apple earned $1.90 per share in profit on $50.56 billion of revenue. Apple missed analysts’ expectations on both measures. Next quarter, Apple expects to generate revenue between $41-$43 billion. This also failed to meet forecasts—analysts were expecting $47 billion for the fiscal third quarter. Sales fell across all of Apple’s geographic markets except Japan. Particularly concerning are deteriorating business conditions in China, where sales fell 26% year over year.

From a product perspective, sales fell across Apple’s three most important devices—the iPhone, iPad, and Mac. iPhone sales fell 18% from the same quarter in 2015, which is a significant concern since the iPhone represents more than two-thirds of Apple’s total revenue. Overall, sales were down 13% for the quarter. Excluding foreign exchange, Apple’s revenue was down 9% last quarter. In 2017, analysts expect Apple to grow earnings by 9.9%. This will be fueled by continued penetration into the emerging markets, as well as new products such as the iPhone 7. New markets such as India represent a huge opportunity for Apple. Its market share in India is still very low. India has a population of 1 billion and is projected to grow its GDP at high rates, which could mean billions in new revenue for Apple going forward. Another catalyst for earnings is the huge stock buyback. When a company buys back stock it reduces the number of shares outstanding. This is a tailwind for earnings growth since each remaining share is allocated a higher portion of profits.

Apple stock has not performed well—shares are 22% off their 52-week high. But this creates a value opportunity. From a valuation perspective, the stock is attractive. Apple shares are valued at approximately 11.5 times the 2016 earnings estimates for the company. This is significantly below the broader market valuation as indicated by the S&P 500. This indicates a cheap stock that is undervalued relative to the stock market.

Expect Many Years of Dividend Growth

Apple’s 2016 payout ratio is 25%. That means the dividend represents one-quarter of the earnings per share the company is projected to earn this year. Combined with its excellent balance sheet, Apple should not have any trouble continuing to increase its dividend each year. In fact, the company committed to annual dividend hikes earlier this year.

This is because Apple is still a cash-generating machine. Even in a difficult year, the company still raked in $33 billion of free cash flow over the first half of the fiscal year. It ended last quarter with $232 billion in cash, short-term investments, and long-term marketable securities on its balance sheet. This compares to $69 billion in long-term debt. Because of its free cash flow and strong financial condition, investors should expect dividend growth to continue. We are forecasting 10% dividend growth next year, then 15% dividend growth thereafter once the iPhone 7 is released, which will be Apple’s next major growth catalyst. Under this scenario, the dividend payout will reach $3.81 per share by 2020.

Apple has had a difficult year and its stock price has performed poorly. However, it makes up for this with high profitability, an excellent balance sheet, and a low payout ratio. The company should continue to raise its dividend at double-digit rates for many years.