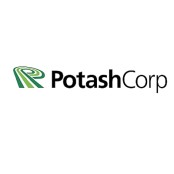 Potash Corporation of Saskatchewan (POT) has had a very difficult time navigating the downturn in the agricultural commodities. Potash has suffered steep declines in sales and earnings over a prolonged period. Companies such as Potash that are reliant on commodity prices often have to cut their dividends during downturns, to conserve cash flow.

Reflecting its struggles and the deterioration in the agricultural commodities, Potash recently cut its shareholder dividend. The next quarterly dividend payable May 3 will be $0.25 per share. That is a 34% reduction from the prior dividend level of $0.38 per share. The new dividend rate works out to a $1 per share annualized dividend. While that is a significant cut, the good news is that Potash is still a high-yield stock. Even at $1 per share, Potash yields 6% based on its Apr. 18 closing price.

The fact that Potash is still such a high-yield stock, even after a large reduction in the payout, is due to its falling share price. Stock prices and dividend yields are inversely related—when a share price declines, the yield rises. Based on its Apr. 18 closing price, Potash stock declined 48% in the past one year. That elevated its dividend yield to 10%, which was a red flag that the market did not believe the payout was sustainable.

Potash is in the basic materials sector. It produces and sells fertilizers, as well as other industrial and feed products throughout the world. It operates in three core business segments: Potash, Nitrogen, and Phosphate. As a result, it is highly reliant on underlying price points for these agricultural commodities; unfortunately, prices have collapsed. The problems for Potash actually started in 2013, when Russia’s Uralkali disrupted one of the world’s largest potash partnerships by ending its joint venture with its partner in Belarus. This caught the market completely off guard—the breakup caused global potash production to jump, and caused global potash prices to collapse.

These issues significantly weakened the company’s financial position last year. Sales and earnings per share declined 11% and 16%, respectively, in 2015. The potash business was the worst performer last year. Gross profit in that segment fell 58% for the year, due primarily to a 31% decline in sales volume in the fourth quarter. Pricing was also a concern—average realized potash price fell 16% in the fourth quarter. Nitrogen performed only slightly better than the potash business. Gross profit in that segment fell 30% for the year, driven by a 28% decline in average realized price. Phosphate performed the best of Potash’s core segments. Gross profit there increased 19%, thanks to increasing prices for liquid fertilizers.

One bright spot is that global demand continues to be resilient. In fact, Potash management noted that in 2015, global shipments of approximately 60 million tonnes were the second highest total on record. This should give investors at least measurable hope that moving forward, assuming prices stabilize, Potash can return to earnings growth. Even in a very difficult climate, food production and soil fertility remain a top priority for farmers around the world.

But continued erosion in pricing will continue to affect Potash. Management expects earnings to decline another 27% in 2016, at the midpoint of its forecast. In light of this, investors should not expect the company to return to growing its dividend for another two years.

When a company cuts its dividend, the first pressing question for shareholders is when it will be able to return to growing its dividend once again. Investors need to be patient when it comes to Potash. The broader industry it operates in is in a deep downturn. Even with its reduced dividend, the $1 annualized payout represents 65% of its 2015 earnings per share. And, Potash management forecasts $1.10 per share in 2016 earnings, a significant decline in EPS that would only barely cover its dividend. A payout ratio at or near 100% means the company will not be able to grow its dividend again until its earnings recover.

As a result, it is prudent for investors to keep their expectations low for the foreseeable future. With that in mind, we are projecting Potash keeps its dividend at the current $1 rate until 2018. Then, we believe the company can raise its dividend gradually. We are forecasting 10% dividend growth in 2018, and 15% dividend growth the following two years. Under this scenario, the dividend will reach $1.45 per share by 2020.

The deterioration in the potash and fertilizer market forced Potash’s hand. A company can only pay a dividend if it has the supporting underlying fundamentals. As a result, investors should not view Potash as a compelling dividend growth stock. However, even though it cut its dividend, the stock currently yields 6% thanks to its depressed share price. That is a very high level which could be compelling for investors looking for high yield, who are willing to invest in a riskier security.